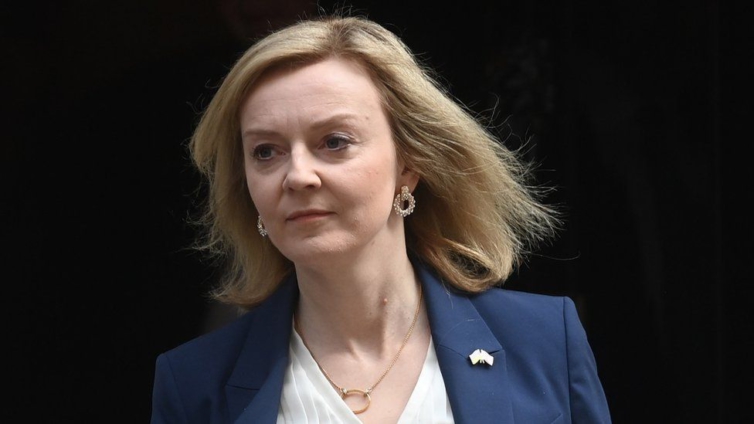 Liz Truss fired Home Secretary Suella Braverman for what was described as a national security breach, a dramatic move that heaps even more pressure on Britain’s premier as she clings to power.

In a letter to Truss posted on Twitter, she said she had sent an official document from her personal email, the contents of which she said had already been briefed to MPs.

That is regarded as serious, though not normally a firing offense. But political context is key, as Truss battles to keep her premiership from imploding.

According to a person familiar with the matter, Braverman was on a list of Cabinet ministers Truss’s advisers worried were preparing to resign to try to force the premier out after a disastrous six weeks in office.

The others are Education Secretary Kit Malthouse and Trade Secretary Kemi Badenoch, the person said. Both told Bloomberg News they are not quitting.

Yet the fears among Truss’s team illustrate just how far the prime minister’s authority has disintegrated in her mutinous Conservative Party.

Compounding the sense of desperation, Truss moved quickly to replace Braverman with Grant Shapps — who has himself been openly plotting with Tory MPs to remove the prime minister. That bears all the hallmarks of a premier not in control.

“I actually want to apologize, I really am getting fed up with this soap drama as much as your listeners are,” Tory MP Bob Seely told LBC Radio. “I’m frankly as bemused as everybody else is and I’m really unhappy with the situation.”

Braverman is the second holder of one of the UK’s so-called Great Offices of State to be fired by Truss.

Kwasi Kwarteng, Truss’s longtime friend and ally, was removed as Chancellor of the Exchequer after the economic plan they worked on together blew up in the face of financial market pressure, forcing a series of humiliating U-Turns.

Even getting to the end of Wednesday could be a challenge. The government’s enforcer in Parliament, Chief Whip Wendy Morton, resigned following a brutal fight to contain a Tory rebellion in a vote on shale gas fracking, according to two people with knowledge of her decision. Morton’s deputy, Craig Whittaker, also quit, the people said.

Truss’s party won the vote by 326 votes to 230 in the House of Commons, which should have given the prime minister a rare moment of respite. But the resignations are likely to trigger more trouble, and Labour MP Chris Bryant called for a probe after allegations of bullying as government whips tried to get people to vote.

Truss warns UK Tories not to Defy her on fracking

Truss had warned Conservative MPs not to vote against the government, and an order had gone round that even abstaining would result in being kicked out of the parliamentary party. But fracking is a thorny issue and many Conservatives reject it due to fierce opposition in their districts.

Some Tory MPs took to Twitter to express their defiance — ex-minister Chris Skidmore said he wouldn’t vote to support fracking “for the sake of our environment and climate,” and would face the consequences.

It’s by no means the only pressure point facing Truss. There’s another looming row on benefit payments, which many Tory MPs want the government to raise in line with soaring inflation.

But new Chancellor of the Exchequer Jeremy Hunt has refused to commit to doing so as he seeks to repair the damage done by Truss and Kwarteng with their economic plan.

The fear among Conservatives is that a real-terms benefits cut will hurt the most vulnerable during a cost-of-living crisis. Tory support has plummeted to a record low in opinion polls, and Truss’s personal approval rating is substantially lower than her ousted predecessor, Boris Johnson.

Hunt has reversed most of the policies to restore financial stability after the UK’s public finances suddenly unraveled. But in doing so, he has put the Tories on a path to another round of punishing austerity.

Still, according to people familiar with the matter, Hunt told rank-and-file Tories on Wednesday he is committed to raising defense spending to 3% of GDP by 2030 — a longstanding Truss pledge — and will stick with the high-speed railway project HS2.

The bigger question facing Conservative MPs is whether and when to remove Truss, with the next general election due by January 2025. There’s a growing consensus that she shouldn’t be allowed to lead the party into that vote, but deep divisions over who MPs want to take over.

In her letter to Truss posted on Twitter, Braverman made a thinly-veiled attack on the prime minister’s performance. “Pretending we haven’t made mistakes, carrying on as if everyone can’t see that we have made them, and hoping that things will magically come right is not serious politics,” she said.

Her departure from office has left Westminster on edge. Though she was pushed out by Truss, few MPs will miss the broader significance of the loss of another key ally on the ideological right of the party.

In the absence of a unity candidate — former Chancellor of the Exchequer Rishi Sunak and House of Commons leader Penny Mordaunt are in the running — it is Cabinet departures that pose the most immediate threat to Truss. Johnson’s tenure was ended by the sudden resignations of then Health Secretary Sajid Javid and Sunak, which triggered a mass exodus from his government.

“I’m a fighter, not a quitter,” Truss said in the House of Commons on facing lawmakers for the first time since she was forced to junk most of her economic program just weeks after announcing it.

DISCLAIMER: The Views, Comments, Opinions, Contributions and Statements made by Readers and Contributors on this platform do not necessarily represent the views or policy of Multimedia Group Limited.
Tags:
Home Secretary
Liz Truss
Suella Braverman