TVET must progress to PhD in Engineering – Scientist 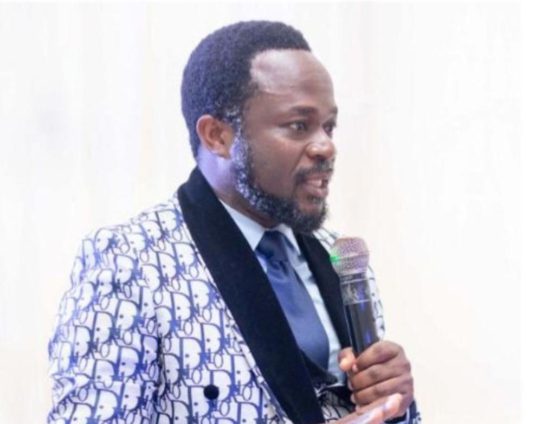 Ghanaian Scientist and President of Science and Technology Advocacy Renaissance for Africa (STARFA) is proposing that students of Technical and Vocational Education and Training (TVET) in Ghana should be made to progress to the highest level on the Engineering ladder as done elsewhere.

Dr Bright Sogbey speaking at the inauguration of a new 14-member Board of Governors for Have Technical Institute (HTI), noted that “Elsewhere, a student in TVET, has the opportunity to progress to the highest level of education, i.e. Doctor of Philosophy (PhD) in Engineering, and/or Doctor of Engineering (DEng).”

Dr Sogbey, a member of the new board for HTI, believes that if that is done, more young people will be attracted to the institutions offering TVET education in Ghana.

In pursuant of a new policy to place a premium on TVET education in Ghana, government converted all polytechnics into technical universities so they could, beyond issuing Higher National Diploma (HND), Certificates and Proficiency, also progress to Doctor of Technology (DTech) degrees.

But Dr Sogbey, who is also Chairman of the Industry, Science and Technology Committee of the Volta Development Forum (VDF), said DTech is still not enough, adding that the least a TVET institution should be allowed to do is to issue DEng degrees, which has more weight and scope of authority and specialization.

“PhD in Engineering is even better because it has a research component, which is critical for any country’s development,” he said.

Dr Sogbey believes that the need to change is because technical education, which progresses into full Engineering training, has been the bedrock of the development of several nations across the world, and Ghana needs to learn from that.

According to him, that would be a key component of the proposed domesticated rather than borrowed digitalization needed for the country’s economic transformation.

In his remarks, the Chairman for the occasion and President of VDF, Dr Prince Kofi Kludjeson, emphasized the importance of TVET education in realizing the $1 billion Volta Economic Development Agenda set by the VDF.

In a welcome address, the Principal of HTI, Enos Akpah, disclosed that six departments of the Institute have been successfully retooled by government, which has helped improve the programs being offered by the Institute.

In her keynote address, the guest speaker for the occasion and Volta Regional Director of Education, Enyonam Afi Amafuga, appealed to all and sundry to support the HTI to succeed.

Meanwhile, the new board of governors, chaired by Kennedy Kludjeson, took the oath of office at a ceremony on the school’s premises for a three-year term.

DISCLAIMER: The Views, Comments, Opinions, Contributions and Statements made by Readers and Contributors on this platform do not necessarily represent the views or policy of Multimedia Group Limited.
Tags:
Engineering
Science and Technology Advocacy Renaissance for Africa (STARFA)
TVET