Twitter celebrates 14th anniversary of #Hashtag; #DateRush #VGMA emerge most tweeted # in first half of 2021 - MyJoyOnline.com

Twitter celebrates 14th anniversary of #Hashtag; #DateRush #VGMA emerge most tweeted # in first half of 2021 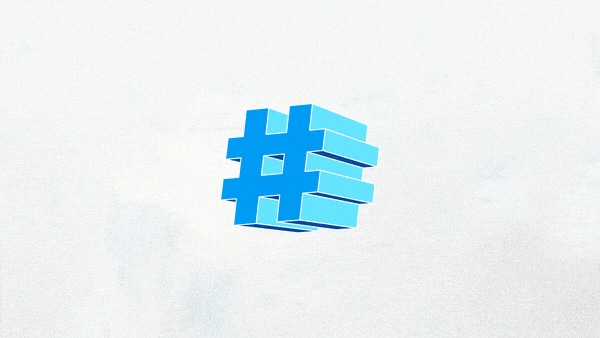 Born on Twitter in 2007, the hashtag celebrates its 14th anniversary on August 23rd, otherwise known as #HashtagDay.

Hashtags provide a means through which people all over the world can share their voices and join global conversations in real-time.

For instance, from January through June 2021, a whopping 12.6B Tweets included at least one hashtag, with 140M of them being unique, proving that people on Twitter are getting more and more creative every year.

To celebrate its impact in shaping important conversations and uniting millions of people, Twitter has launched a new #HashtagDay emoji that will be live for the day and available in multiple languages, allowing people across the globe to join in on the conversation.

In Ghana, various top hashtags have helped galvanize some of the most important moments, conversations and movements of the past 14 years. Whether it’s highlighting national events, connecting people or directing you to content you’re most passionate about, it all happens on Twitter thanks to the power of the hashtag.

Below are some of the leading hashtags in Ghana during the first half (Jan-June) of 2021 that had a lot of people Tweeting about these trending topics. They are a combination of entertainment and sport and by using them, Ghanaians made Twitter their microphone, shaped our culture and helped bring change:

TV3’s date-matching reality show is no doubt one of the most talked-about shows on television, winning the hearts of many Ghanaians.

Every Sunday Twitter is buzzing as people watching the show use the platform to Tweet about their feelings and views as the weekly episode unfolds.

The Vodafone Ghana Music Awards (VGMA) is the major award show in Ghana. Tagging #VMA22, the big conversation around the VGMA nominations begins on Twitter, leading up to the main award ceremony. People come to Twitter to get updates and commentary during the show, as well as congratulate the winners.

#Euro2020 became a trending hashtag in Ghana and globally as football fans from all over the world came to Twitter to talk about the drama on and off the pitch, the winning moments, spectacular goals and the wild final at Wembley Stadium between England and Italy.

#NewProfilePicis a popular way to let followers know when you’ve updated your photo. Friends and followers hype each other up, sharing compliments on their new pictures.

Ghanaians jumped on ‘The Buss It Challenge’ trend that went viral. The challenge involves participants recording two videos of themselves, one where they are in regular clothes transitioning to them in their most stylish outfit. The challenge is not complete without participants dancing to Erica Banks ‘Buss It’ track.