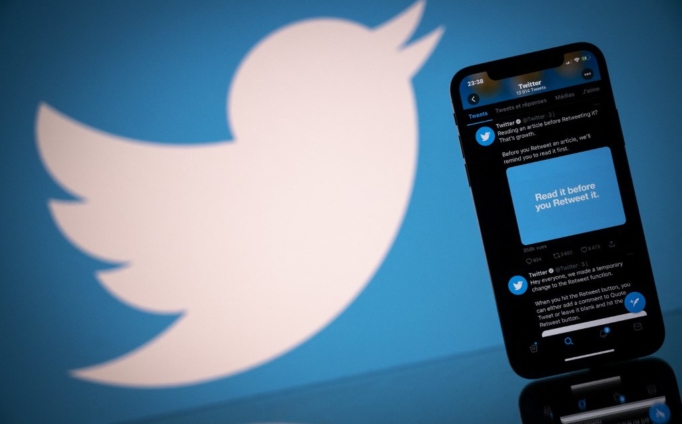 (FILES) In this file photo taken on October 26, 2020 the logo of US social network Twitter displayed on the screen of a smartphone and a tablet in Toulouse, southern France. - Twitter said July 30, 2021 it would offer a cash "bounty" to users and researchers to help root out algorithmic bias on the social media platform. (Photo by Lionel BONAVENTURE / AFP)

Twitter has introduced a safety feature that will allow users to temporarily block accounts for seven days for using harmful language or sending uninvited replies.

According to Twitter, “Feeling safe on Twitter looks different for everyone. We’ve rolled out features and settings that may help you to feel more comfortable and in control of your experience, and we want to do more to reduce the burden on people dealing with unwelcome interactions.”

The social media platform on Wednesday added, “Unwelcome Tweets and noise can get in the way of conversations on Twitter, so we’re introducing Safety Mode, a new feature that aims to reduce disruptive interactions.

“We’re rolling out this safety feature to a small feedback group on iOS, Android, and Twitter.com, beginning with accounts that have English-language settings enabled.”

Once the feature is turned on in your settings, Twitter systems will assess the likelihood of a negative engagement by considering both the Tweet’s content and the relationship between the Tweet author and replier.