U-20 Women’s World Cup: What are the numbers as Ghana play USA in opener? 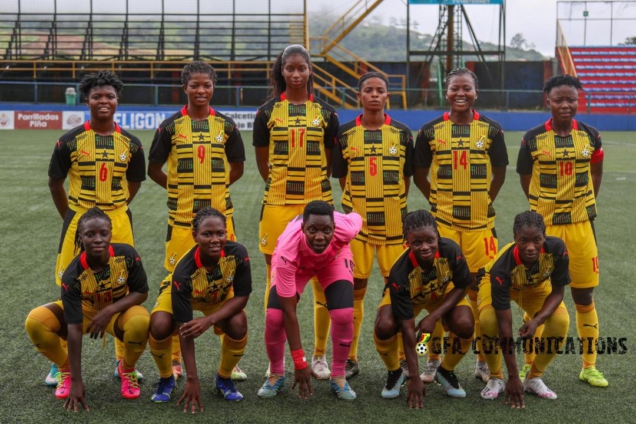 The Black Princesses of Ghana will host the Stars of the USA in their opening game of the 2022 FIFA U-20 Women’s World Cup on Thursday, August 11.

The competition, hosted by Costa Rica, got underway on Wednesday with the opening day seeing four games played.

For Ghana, the journey begins on Thursday as they face USA at the Estadio Alejandro Morera Soto at 17:00 GMT.

The Black Princesses will be making their sixth consecutive appearance at the global showpiece after their debut in 2010.

Surprisingly, the team has failed in all previous five attempts to go past the group stage and that duck is one that Ben Fokuo and his team will look to break in Costa Rica.

In the previous five appearances, the Black Princesses have faced the Stars on three occasions (2010, 2012 and 2016).

Here is how Ghana has fared anytime thy come up against the USA at the U-20 World Cup:

In their maiden fixture in Germany 2010, James Kuuku Dadie was the head coach as the Princesses matched their opponent boot for boot and earned a 1-1 draw in their opening game.

In 2012, Ghana didn’t have the best of starts as Robert Sackey’s side were on the receiving end of four goals.

The tournament, which was staged in Japan, stands as Ghana’s worst performance at the Mundial as they failed to score a goal or pick up any point.

The last meeting between these two teams came during the 2016 edition, which was held in Papua New Guinea.

Ghana played USA in the final group game and managed a 1-1 stalemate with the Stars but it was not enough to see them advance to the next round of the competition.

At 17:00 GMT, the Princesses will be looking for a first win over the USA at the U-20 World Cup but they will have to do it with the captain, Evelyn Badu, who is said to have picked up an injury on the eve of the game.