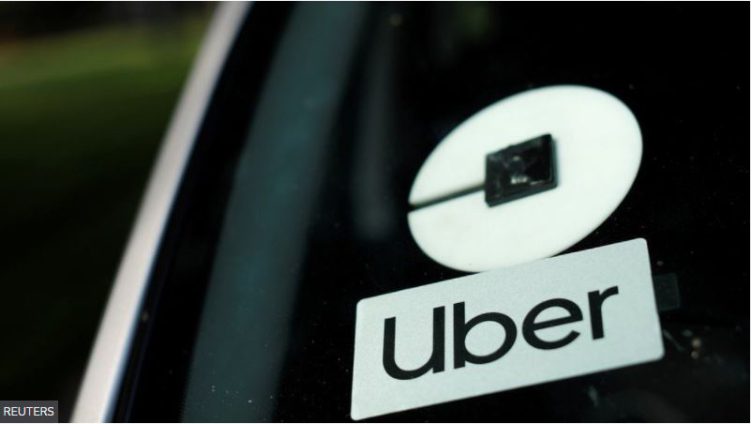 Uber is to pay $9m (£6.8m) to settle a complaint over its sexual-assault and harassment reporting in California.

The California Public Utilities Commission (CPUC) had told Uber to hand over information about assault and harassments – but it did not do so.

At the time, Uber had argued it would be a “shocking violation of privacy” for victims.

The settlement between Uber, CPUC, and the Rape Abuse and Incest National Network (Rainn) brings to an end a dispute lasting almost two years, over whether Uber should hand over records about reported incidents involving its drivers.

Uber had argued that disclosing such records publicly could be traumatic for those who had been assaulted and might discourage reports in the future – particularly because CPUC was asking for the names of all “witnesses” – which would include those attacked.

Rainn had raised similar concerns about whether the California officials would be able to treat the sensitive information with appropriate care.

But the CPUC said it only needed the information “under seal” – meaning the details of each individual case would be kept secret. It suggested Uber’s response was an “effort to frustrate commission oversight”.

But following Uber’s appeal, it agreed this week’s settlement of $9m, as a result of which:

Uber will also provide reports to California officials from now on, using “unique identifiers”, rather than names, to protect the identities of individuals. It will also build an “opt-in” process for “survivors” who want to provide more information about what happened to state officials.

In a statement, Uber said it was “glad the full commission has adopted this agreement”, adding: “Most importantly, we can move forward with a solution that preserves the privacy and agency of survivors.”

CPUC said the reduction of the planned $59m fine was, in part, down to months of negotiations where “all parties gain advantages and give concessions”.

The ride-hailing app had been under pressure to disclose details about its safety record, and first published its US-based safety report in December 2019, with a promise to release a further report every two years.

The 2021 edition has not yet been published. But the first report showed that Uber had nearly 6,000 reports of sexual assault in 2017 and 2018 – a number the company pointed out was a tiny fraction of the more than two billion rides it provided in that time.

It is not the only such company facing such issues.

Lyft, another ride-hailing app popular in the US, reported more than 4,000 incidents of sexual assaults between 2017 and 2019 in its first safety report published earlier this year.

DISCLAIMER: The Views, Comments, Opinions, Contributions and Statements made by Readers and Contributors on this platform do not necessarily represent the views or policy of Multimedia Group Limited.
Tags:
California
sex-assault
Uber