UCL Matchday 5: Five matches to look out for 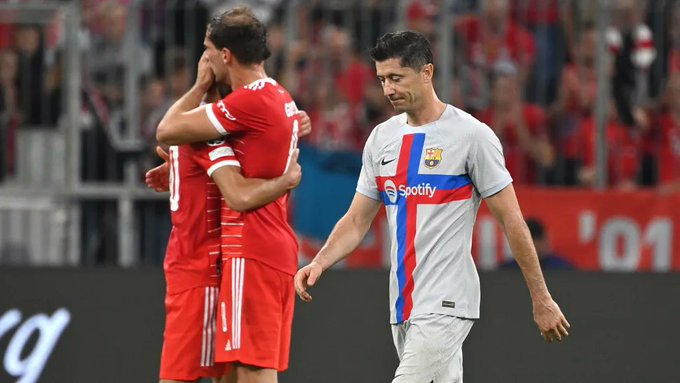 The group stages of the UEFA Champions League is almost at an end and the top teams are hoping to book places in the round of 16.

Barcelona have all to do as they face German champions Bayern Munich with Manchester City taking on Dortmund on the road.

Real Madrid will also look to get the job done as they travel to RB Leipzig.
Here are our five matches to look out for.

Borussia Dortmund v Manchester City
City will be looking to bounce back from a disappointing Champions League game last time out as they travel to Dortmund for matchday 5.

Dortmund on the other hand will be looking for revenge after losing their return fixture 2-1.
Manchester City will be very confident ahead of this one as they have won their last three UEFA Champions League games against Borussia Dortmund, winning every game 2-1.

Manchester City have 1.65 odds of winning currently whilst Borussia Dortmund has 5.00 odds.

RB Leipzig v Real Madrid
Carlo Ancelotti’s Madrid will look to continue their title defence on a good not as they take on Leipzig in Germany.

Leipzig will be hoping to upset the title holders as they look to secure a place in the knockout stages.
Real Madrid have lost just one of their last eight away UEFA Champions League matches in Germany (W5 D2) and will come into the game with some confidence.

Leipzig are slight favourites for this one, having 2.50 odds whilst Real Madrid have 2.85 odds.

RB Salzburg v Chelsea
Chelsea will be looking to secure a place in the next round as they make the trip to Austria to face RB Salzburg.

The hosts on the other hand will be looking to leapfrog the English side to clinch top spot ahead of the final round of games.

RB Salzburg are winless in all seven of their European matches against English teams (D2 L5), failing to beat Blackburn Rovers (D1 L1), Manchester City (L2), Liverpool (L2) and Chelsea (D1). A win will bring an end to that poor run.

FC Barcelona v Bayern Munich
Barcelona have been backed into a corner and are looking to keep their Champions League dream alive as they take on Bayern Munich at Camp Nou.

Bayern have already booked a place in the next round and now aim to secure top spot with a victory over the Catalans.

The hosts have lost nine of their 12 UEFA Champions League matches against Bayern Munich (W2 D1), including the last five in a row. It will be a tough ask for Xavi.

Barcelona have 2.33 odds of winning whilst Bayern Munich have 2.80 odds.

The Dutch Champions have won just one of their last eight home European matches against English teams (D1 L6), with their solitary win coming against Manchester City in October 2012. This makes the upcoming game a difficult one for Kudus and co.

Ajax have 3.80 odds of winning whilst Liverpool have 1.88 odds according to Betway currently.

Sports betting fans have an opportunity to join the league of Big Betway Jackpot Winners with the new Pashew Daily Jackpot!

Correctly predict on six selected matches daily and win a whopping GHS 5000 cash! And yes, you don’t have to pay anything to make the bet! Pashew is the new dispensation. Last week, two lucky winners were presented with a cheque of GHS 5,000 each for winning the daily pashew jackpot.