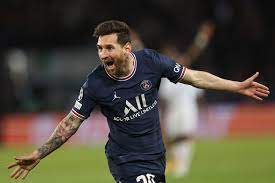 After 67 days of UEFA Champions League absence, 16 teams still hopeful of claiming the biggest prize of club football will reawaken their hopes as the Champions League resumes with the round of 16 stage.

Four teams will raise curtains of round of 16 ties which will definitely lead to some upsets and big results.

Definitely the biggest tie of the lot, PSG v Real Madrid unites once upon a time rivals of significant divide, and rekindles personal vendettas. Despite Ramos missing out, Messi will definitely be leading Mbappe and Neymar versus Real Madrid – a side he has never lost to in the Champions League.

Both sides have a fair share of football’s biggest names, but there is a gulf in pedigree between them – Real Madrid are 13 times European champions and PSG are still after a first. However the head-to-head record suggests that there might not be so much of a gulf, as Real Madrid have only won one game more than PSG’s three in 10 previous meetings.

This seems a game which could be won by the sheer brilliance of individual players. Messi has scored twice in two Champions League games versus the Los Blancos and is currently top scorer in the UCL for the Les Parisiens, with Mbappe on four goals, closely behind. PSG also have the added pleasure of Neymar, Di Maria and Veratti who can decide a game in their own distinct ways.

The return of Benzema from injury will give Real Madrid fans a much more relaxed pulse. The French striker has been very instrumental for the Los Blancos this season, popping up with great goals and has five in the UCL for Madrid this campaign.

Meanwhile Vinicius Junior has held up his own, proving to be a source of inspiration for Real Madrid, not limiting himself to only his Brazilian trickery but contributing crucial goals and assists. Madrid also have the old guard of Modric and Kroos to augment the team and as if they are not enough, David Alaba – a galactico in the true sense of the word, is also within their ranks.

For all of PSG’s attacking potential, they have failed to look like the juggernaut they threatened to be, leaving Mauricio Pochettino under more pressure to win. But he could take solace in the fact that Madrid have won just once in five trips to France.

On paper, this fixture is as one-sided as it could possibly be. Last season’s finalists, Manchester City – still in search of their first European title even after all the investment and local dominance, are clear favorites for this tie. The Cityzens have been cooking in the English Premier League.

They have scored 29 times in their last 10 premier league games and have racked up the third most goals (18) in this season’s UCL campaign. Riyad Mahrez has stepped up in the absence of a recognized striker – albeit Gabriel Jesus has three to his name – and even without the Algerian, Manchester City have more than enough quality.

After annexing the Primera Liga, Sporting are now six points behind Porto but after piping Dortmund to second spot in Group C, Sporting are definitely no pushovers but City have better quality than Dortmund.

City’s defense, which has leaked in 10 goals, is an area Sporting will look to exploit as eleven of their fourteen goals in the campaign have come from inside the area. Nonetheless, they also have a porous defense, letting in 12 goals in this campaign.

Despite scoring only four less than City so far, outscoring Pep Guardiola’s side is an attempt Amorim will not want to make, especially after giving up a 2-0 lead versus Porto a few days ago. Amorim will hope defensive midfielder, Joao Palhinha will put up a masterclass of a performance in the two legs to give Sporting a chance versus Pep’s side.