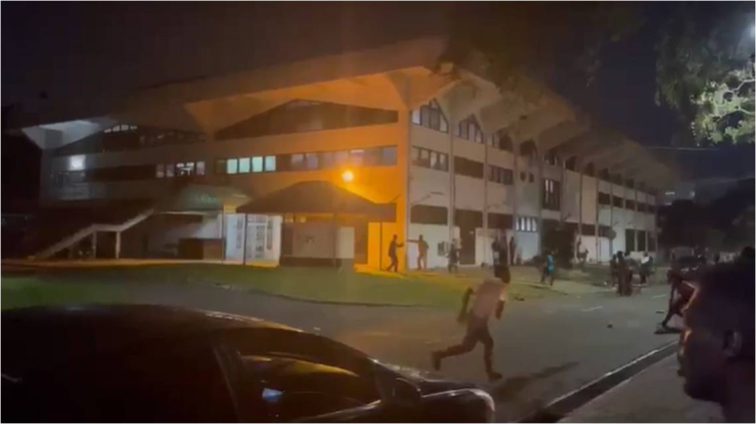 The Acting Pro-Vice-Chancellor of the University of Ghana in charge of students and academic affairs, Professor Daniel Frimpong Ofori, has set up a committee to investigate October’s violent clash between residents of the Commonwealth Hall and Mensah Sarbah Hall.

The Committee has started its work and has called on members of the University community to come forward with any information that may aid the investigation.

“The Committee invites members of the University community who may have any information on the nature and cause of events before, during, and after the said elections to kindly submit information to the following email address: aamissare@ug.edu.gh for further action.

The Committee will be grateful to receive your information no later than the close of the day, Wednesday, 24th November 2021,” a statement from the Office of the Pro-Vice-Chancellor reads.

On Friday, October 29, 2021, students of the University of Ghana went to the polls to elect a President for its Students Representative Council (SRC).

Hours after polls officially ended, tensions were high among students of the University as they awaited the official declaration of results from the SRC Electoral Commission.

Deep in the night, students, believed to be residents of the Mensah Sarbah hall and the Commonwealth Hall, massed up in front of the UG SRC office and chanted ‘Jama songs’ with only a few students forming a barrier between the two.

Eventually, the two groups pelted stones and broken bottles at each other.

This clash resulted in some students getting injured and several properties being destroyed.

Meanwhile, the six-member committee set up by the University of Ghana Dean of Students to investigate the alleged irregularities in the election is expected to submit its report on Thursday, November 19, 2021.

DISCLAIMER: The Views, Comments, Opinions, Contributions and Statements made by Readers and Contributors on this platform do not necessarily represent the views or policy of Multimedia Group Limited.
Tags:
Commonwealth Hall
Mensah Sarbah Hall
University of Ghana