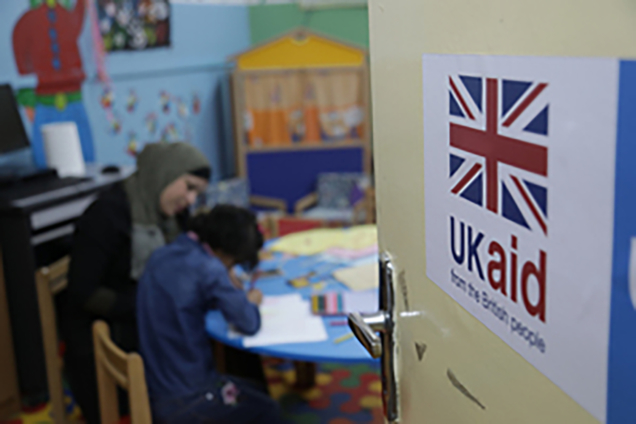 People whose lives have been upended by the Russian invasion of Ukraine, drought and food shortages in East Africa, and conflict in Syria will be among those to benefit from £36 million in UK humanitarian funding announced today.

The announcement comes on United Nations World Humanitarian Day, Friday, August 19, as parts of the globe come under increasing strain from the lasting effects of the pandemic, the increasing impact of climate change and conflicts in Europe, Africa and the Middle East.

Local aid workers are at the forefront of the effort to alleviate the disastrous consequences of these crises as they provide humanitarian assistance for communities across the world. The UK’s funding announcement will support them to continue their essential work.

In Ukraine and Poland, where the majority of Ukrainians who have fled the conflict have travelled, £15 million in UK funding will support up to 200,000 of the most vulnerable impacted by Russia’s invasion. This includes children, older people and those with disabilities.

In East Africa, where severe food insecurity threatens over 48 million people, the UK has allocated an additional £14 million to the countries on the frontline of the world’s worst humanitarian crisis. This new spending, which will work immediately to save lives and prevent more people experiencing famine-like conditions, includes:

Minister of State for South and Central Asia, North Africa, UN and the Commonwealth and the Prime Minister’s Special Representative on Preventing Sexual Violence in Conflict, Lord (Tariq) Ahmad of Wimbledon said; “In 2022 millions more people are now in desperate need of humanitarian support.

“UK funding is ensuring that the UN and local partners can reach those affected by Russian aggression in Ukraine, drought in East Africa and ongoing conflicts in Syria, Yemen and Afghanistan. We thank those on the ground who so often risk their own lives to help and protect them.

“Britain has a proud humanitarian tradition, and we will continue to support the most vulnerable, wherever they are”.

The Russian invasion is exacerbating the world food crisis, which is hitting the poorest hardest, particularly in East Africa. The UK and its allies have pushed hard for the UN grain initiative and the world is watching to ensure that Russia complies, so food continues to flow from Ukraine and feed the hungry.

The UK is also providing £1.5 million to deploy technology to identify whether grain sold by Russia on the world market has been stolen from Ukraine. A package of rail support to Ukraine will also ensure grain trains can run. Moreover, the UK is providing Ukraine with the military capability to help protect its ports, essential for the grain deal to be a success.

Minister for Africa Vicky Ford said; “In the Horn of Africa, around 700,000 people are experiencing famine conditions – and in Somalia over 386,000 children are projected to be severely malnourished and at risk of death by the end of the year.

“UK aid in east Africa is providing life-saving support to the most vulnerable people in the hardest hit countries.

“We must now bring new stakeholders to the table to strengthen our international action towards the world’s worst humanitarian crisis today”.

The UK is also announcing a £7 million package to support Syrian refugees who have fled the conflict to Lebanon, delivered through the World Food Programme.

This funding will help provide more than 150,000 people with food, water and nutrition. This is part of the UK’s pledge to provide up to £158 million earlier this year at the Brussels Pledging Conference for the Syria Crisis, which will support food production, protect women and girls from violence and ensure humanitarian access to the North East of Syria, where the situation is deteriorating.

The UK is the third largest bilateral donor to the crisis in Syria, having committed over £3.8 billion to date in our largest-ever response to a single humanitarian crisis. This includes support to the governments of Jordan, Lebanon and Turkey to cope with the protracted refugee presence by supporting displaced Syrians until they can return safely to Syria.

Since 2012, across Syria and the region, the UK has provided:

Our aid provides life-saving support to millions of Syrians, supporting refugees to remain in countries in the region, and enabling their host communities to accommodate them.

The UK has consistently been one of the largest bilateral humanitarian donors globally and have been at the forefront of driving more effective and innovative approaches to crisis prevention, preparedness, and response.  Since 2015, the UK has reached 32.6 million people with humanitarian aid, saving lives and alleviating suffering in places like Syria, Ethiopia, and Afghanistan.

Now in Ukraine, the UK is working alongside trusted partners to deliver its £220 million humanitarian pledge.

Mercy Corps Ukraine Response Director, Michael Young, said; “In Ukraine and Poland, we have partnered directly with local organisations that know their community needs best and are working quickly to deliver humanitarian aid.

“With this funding, our partners will continue to deliver emergency assistance and ship essential supplies such as food and hygiene items to people affected by heavy fighting, as well as providing reliable information on where to access basic services, safe routes, legal rights for refugees and people displaced inside Ukraine”.

DISCLAIMER: The Views, Comments, Opinions, Contributions and Statements made by Readers and Contributors on this platform do not necessarily represent the views or policy of Multimedia Group Limited.
Tags:
UK government
World Humanitarian Day