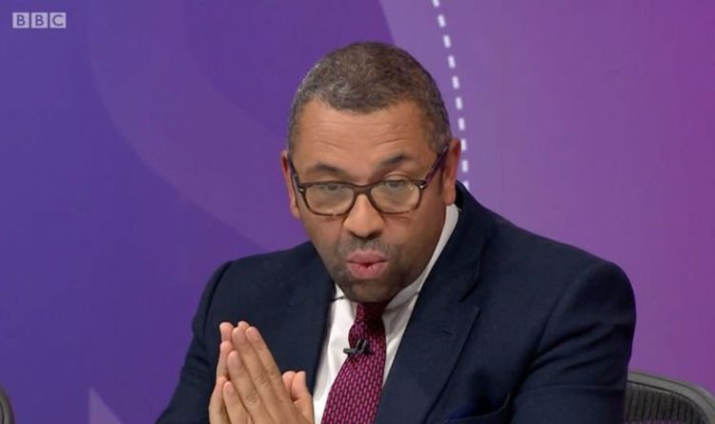 UK Foreign Secretary, James Cleverly is expected to call out Russia’s atrocities at a UN Security Council meeting on Thursday.

A statement from the Foreign, Commonwealth and Development Office of the UK said the Foreign Secretary will travel alongside the Prime Minister to meet his global counterparts “to take action on a series of global challenges, including Russia’s malign activity and building stability in the Middle East.”

Ahead of arriving in New York, Foreign Secretary James Cleverly said: “We live in an increasingly unstable, divided world. As Foreign Secretary, I will work to bring countries together to tackle aggression, overcome challenges and promote our democratic values. We will judge others on actions not words. Every day the devastating consequences of Russia’s barbaric tactics become clearer. There must be no impunity for Putin’s hostility.”

James Cleverly is also due to hold meetings with his counterparts from the US, Ukraine and India and attend a G7 Foreign Ministers’ dinner.

This will be the Foreign Secretary’s first overseas trip since he took his new role. His main event of the week will be a special UN Security Council session on Thursday.

The statement added that the UN Security Council session will focus on the situation in Ukraine.

“…ensuring that Russia does not get away with its actions unpunished. The Foreign Secretary will give the UK’s intervention at the meeting, exposing Russian aggression and tactics as they seek to justify their illegal war.”

Cleverly is due to have his first bilateral meeting in his new role with the US Secretary of State
Antony Blinken later on Tuesday.

He is also due to meet Ukrainian Foreign Minister, Dmytro Kuleba, India’s Subrahmanyam
Jaishankar and Canada’s Melanie Joly on Wednesday and Australia’s Penny Wong on Thursday.

On arrival in New York, he is due to attend a global food security event hosted by the United
States, European Union and African Union as 50 million people worldwide face being just one step away from famine.

Also this week, the Foreign Secretary will join partners, including fellow G7 Foreign Ministers,
for an event on nuclear safety, as concerns around the Zaporizhzhia Nuclear Power Station
in Ukraine continue to grow.

Stability in the Middle East will be a recurring theme on the agenda in New York, with
discussions set to take place on Yemen, Syria and the Gulf.