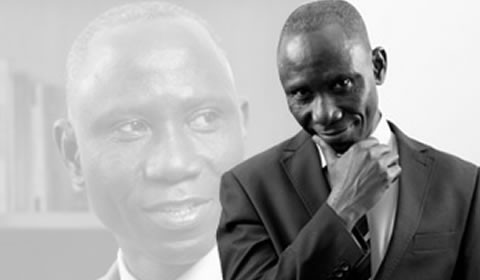 In the 18 years I have been presenting the Rover Report or Food For Thought on the Super Morning Show, I have been blessed to have worked with many wonderful hosts of the programme. I worked with some for just a few weeks but others for years, Komla Dumor is the third host I had on the program and with him, I worked for the ten years he was host of the program. Komla was one of the most hard working, innovative and confident people I have ever met. He was witty and humorous. Who can forget the Tom and Jerry games he used to play with Mawuko Zormelo on air in his early days as host of the Super Morning Show?

I will remember Komla for three things. First, you may not know this but for Komla and Samuel Atta Mensah, I don’t think I would still be presenting this program. In 1999, I stopped doing this program because I was being treated with contempt by some of those who were running this program at that time. I would drive all the way to the studio only to be told that my slot had been assigned for something else. Or they would put me on air much later than the advertised time.

One day, on my way to JOY, I had an accident on the way but I still managed to turn up at the station. I waited patiently for my time and just when it was my time to go on air, someone came to tell me that there was no time on the program to accommodate my presentation. That day, as I drove away from JOY, I told myself that I was not coming. And I didn’t for more than a month and no one bothered to find out why I had stopped coming.

A few months later, I was in my office when Komla Dumor and Samuel Atta Mensah walked in. Komla said, “Uncle Ebo, we want you back.” I told them my conditions for coming back and Komla and SamMens immediately agreed to my terms. And that is how I came back on air. Without that initiative Komla and SamMens took, I would not have come back on JOY FM.

The second thing I will remember Komla for was something he told me when he bought his first Mercedes Benz. After my presentation one day, as the business news people took over the studio, Komla walked me to my car and he said, “Uncle Ebo, people are forcing me to go to church and give special thanks for my car.”

His comments said a lot about his relationship with God and his spirituality. I knew of many so-called Christians who go to church to give testimonies and to thank God only when they have been blessed with a new car or a house. And yet, daily, God showers us with his blessings and we should celebrate those with the same fervor as we do the so-called special ones. And that was the perspective of Komla.

The last thing for which I will remember Komla was his compassion. Komla was big in stature and so confident that sometimes he came across as brash. And from a distance it was easy to conclude that this was a hard core person. But the truth is, Komla was very sensitive and caring. And he had compassion. I remember the May 19Stadium disaster and his reaction to it. On May 19, 2001, after a match between Accra Hearts of Oak and Kumasi Asante Kotoko, there was confusion in the stadium that led to pandemonium and caused the death of hundreds of people. It was the biggest disaster in soccer up to that point.

The next day, Monday, I turned up in the studio to present my program, Komla was sitting in the studio with Kwabena Agyepong, the president’s spokesman in those days. Both men looked like they had been crying. They had red and bloodshot eyes. I greeted Komla as I always did with a handshake across the console. Komla has a very firm grip but this morning, his grip was limp. It was as if life had been drained out of him. His usually upbeat demeanor was subdued and somber.

He told me of his experience as he had followed up from the stadium to the hospital and to the morgue and had the traumatic experience of counting the dead bodies. He was devastated.

It hit me for the first time that Komla cares; that when he sits behind the console, he is not just doing a show but serving his nation and his countrymen and women. He did not know the people who had died yet in his own way, he was mourning and honoring their memory. And that for me is what defines Komla.

In his acceptance speech after he had won the GJA Journalist of the year award in 2003, Komla said that journalists should not pursue excellence for the reward or for awards or for fame but for the sake of Ghana because mother Ghana deserves all the sacrifice any Ghanaian can make. I believe that Komla has done more for journalism in Ghana and indeed in Africa than anyone I know. And his life has a lot to teach all of us.