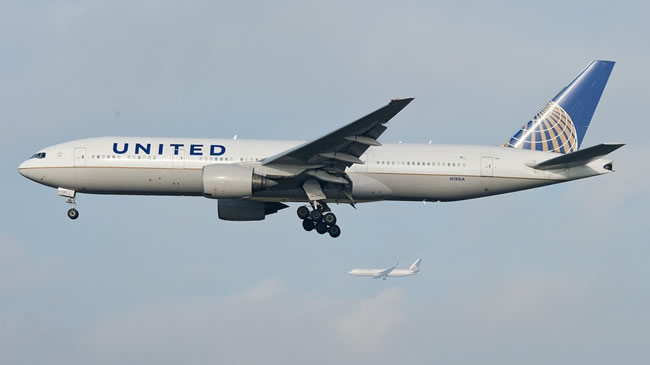 A plane travelling from Chicago to Hong Kong was forced to make an unscheduled landing in Alaska after an incident involving faeces.

United Airlines flight 895 rerouted to Anchorage after a passenger allegedly smeared excrement in two of the aircraft's lavatories.

The man is also said to have tried to flush his shirt down the loo.

Further details about the man have not been released, but the FBI said that there were no indications the incident was terror-related. No injuries were reported.

FBI spokeswoman Staci Feger-Pellessier simply said "an unruly passenger had caused some kind of disturbance" on the plane, according to Sky News.

Anchorage airport police lieutenant Joe Gamache added that the shirtless man, 22, did not attempt to interfere with the flight crew or resist them. He was not arrested upon landing – but he was interviewed.

Lt Gamache said: "We received a report of a passenger who had messed up the bathrooms with his own faeces.

"After the interviews were done, there were no appropriate charges for anything criminal."

A translator was needed to interview the man, who possessed a US permanent resident card but was travelling on a Vietnamese passport. Reports say his speech was 'nonsensical or unintelligible' to a translator, who was required for the interview.

The man was taken to a nearby hospital for a mental health assessment. United Airlines didn't comment on the situation but said that hotel accommodation was provided for the other passengers on the flight.