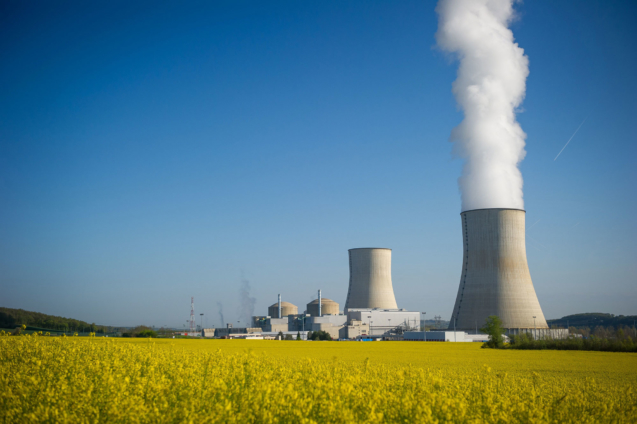 The United States government has projected that Ghana could potentially become the hub of nuclear energy in Africa, and lead the continent to become energy independent.

The Biden administration has thus pledged to continue to work closely with African countries to identify solutions and ways for the continent to significantly benefit from clean energy technologies.

This was made known by United States’ Deputy Secretary of Energy, David Turk, at a seminar held on Friday at the University of Ghana campus.

As many developing economies struggle to meet their energy needs, the Deputy Secretary explained how the US intends to work closely with Ghana and the African continent to identify solutions in that regard.

The partnership between Ghana and the United States in the fields of infrastructure development, security, and energy has been the bedrock of a bilateral relation that dates back to 1957 when the West African nation gained independence.

“We recognize Africa’s efforts to address its energy access, affordability, and security goals – while diversifying its energy mix, building sustainable supply chains, and protecting the continent’s ecosystems and diverse natural resources – and know that these goals are central to the prosperity of Africans as well as helping to tackle the global climate crisis.

“Africa’s share of energy use and greenhouse gas emissions per capita is extremely low, yet Africa and the African people stand to suffer from some of the most severe effects of climate change.

“This is why, under the auspices of President Biden’s Emergency Plan for Adaptation and Resilience (PREPARE), the United States will continue to work closely with African countries to identify solutions and ways that our African nation partners can benefit from additional adaptive capacity as we work collectively to deploy clean energy technologies at scale and develop new solutions.”

The US remains one of the leading champions of the Sustainable Development Goal, and as part of efforts to assist developing nations to meet their energy needs, Deputy Secretary Turk underscored how vulnerable communities will be engaged and actively participate every step of the way in pursuing adaptation policies and also benefit from the unprecedented investment undertaken by the Biden administration.

“The Department of Energy and its 17 national laboratories contribute to PREPARE by collaborating with other U.S. federal agencies to support foreign national and local governments’ efforts to assess and embed climate risks into their budgets, plans, policies, and operations with the ultimate objective of translating priorities into bankable projects.

“This is done with a focus on locally led adaptation that addresses African concerns for ensuring a just energy transition, and which enables vulnerable communities and affected populations to meaningfully participate in and lead adaptation-related decisions.”

According to the Deputy Secretary, the United States will “work closely with African countries as they determine how to best meet their energy needs in a secure, affordable, and sustainable manner, including pursuing domestic energy access and economic development goals through deployment of a wide range of clean energy technologies.”

Deputy Secretary Turk also shed light on opportunities in the area of clean energy that are lying fallow on the African continent; profound opportunities that the continent has paid negligible attention to.

He took time to make some eye popping revelation in the area which instantaneously wet the appetite of the Scientists in the audience.

Deputy Secretary Turk said this to draw the attention of Ghana and the African continent to an area that is readily available and could conveniently be harnessed with strategic investment.

While the continent appears to be directing its energy investments in the area of fossil fuel, Deputy Secretary Turk revealed the abundant, and yet untapped energy resource available on the continent.

The challenge however is that only one percent of global photovoltaic system (PV) installations are in Africa. Deputy Secretary Turk urged the continent to see that as an opportunity and begin to channel their investments in that area.

“Huge opportunities base going forward not just in the area of energy access but also multiples of industrial benefits,” he said.

He also encouraged Ghana and the rest of Africa to invest in small modular reactors and other modern technologies to consolidate and or achieve energy independence.

“I strongly believe that innovation everywhere drives more cost-effective deployment of clean energy everywhere, and the large investments in small modular reactors and other modern technologies in the U.S. should soon result in safer and more affordable nuclear power everywhere, including for our key African partners such as Ghana.”

Deputy Secretary Turk has been in Ghana for some days now and has held meetings with government officials on how to consolidate the gains Ghana has made in the area of energy and electrification.

DISCLAIMER: The Views, Comments, Opinions, Contributions and Statements made by Readers and Contributors on this platform do not necessarily represent the views or policy of Multimedia Group Limited.
Tags:
Nuclear Energy
United States