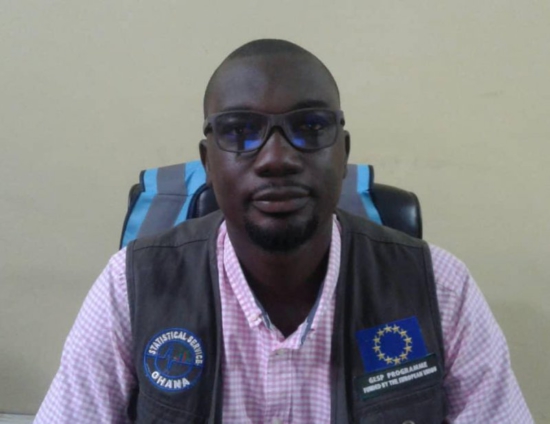 The Upper West Regional Office of the Ghana Statistical Service (GSS) has established a regional call centre to receive complaints from the public in relation to the ongoing Population and Housing Census (PHC) exercise in the region.

The Upper West Regional Statistician, Mr Sixtus Jeremiah Dery, who revealed this to the Ghana News Agency (GNA) in Wa on Monday, said the call centre would enable the census officers to track households that had not been enumerated.

He encouraged the general public to call the regional census office on 0545828198 if their households had not been enumerated or to relay any complaints regarding the census.

He said they could also send their complaints via Short Messaging System (SMS) or WhatsApp to the same phone number for redress.

Mr Dery said available data indicated that as at Sunday, July 11, 2021, the PHC exercise in the region was about 94 per cent complete.

He said except for the Wa Municipality, which was about 86 per cent completed, the remaining districts and municipalities were above 90 per cent, with the Nadowli-Kaleo District being the highest with about 98 per cent completion rate.

“You know Wa is more urbanised and so there is a lot of difficulty meeting people at home because people get up early in the morning and go to work and come late, and that is accounting for the low rate in the Wa Municipality”, he explained.

The Regional Statistician cited the Bamahu and Nakore in the municipality as some of the affected areas but said additional field officers had been deployed to those areas to speed up the exercise.

He said the exercise was also partly affected in the region by the inability of the enumerators to meet the people at home, the reason being that the people were predominately farmers and had to leave early for their farms.

“So they have to devise a strategy of going early and staying a bit late, but you know staying late also has its implications, the security issues, so we advise them not to stay too late.

“We hope that we will not go beyond Wednesday. Even though Statistical Service has given the mop-up period to end on the 18th, we don’t anticipate that it will take us that long. We are hoping that latest by the 14th we should bring enumeration in the Upper West Region to completion”, he explained.

The 2021 PHC exercise began on June 13, 2021, with the listing of structures while the actual enumeration started on June 28 and ended on July 11, 2021, with additional seven days for mop-up exercise.