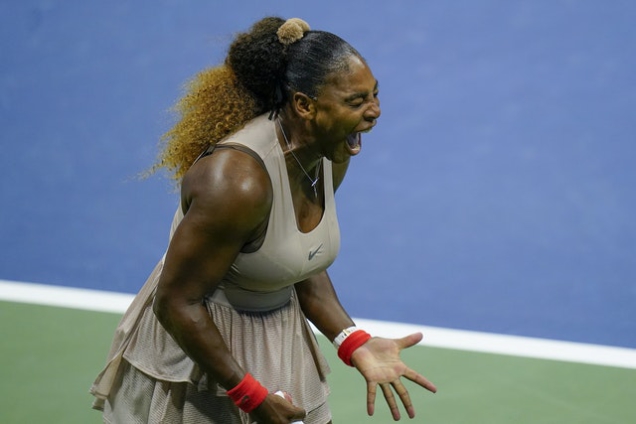 Serena Williams seemed poised to make it back to the finals at the US Open on Thursday night, which would have marked her third trip to the championship match at the Grand Slam event in three years.

That bid, however, quickly fell apart.

Belarus’ Victoria Azarenka beat Williams late on Thursday night at Arthur Ashe Stadium, 1-6, 6-3, 6-3. Azarenka will return to her third US Open final — her first major final appearance in seven years — and will take on Naomi Osaka on Saturday.

Osaka continued to honor victims of police and race violence by wearing a mask baring the name of Philando Castile before and after the match.

The Japanese survived a tough test from Jennifer Brady on Thursday, 7-6 (7-1), 3-6, 6-3 to advance to the US Open final, where she’ll play for her second title in three years.

Brady took control in the second, breaking Osaka to take a 5-3 lead before securing the game 6-3. Brady’s break was the first of the match.

Osaka returned the favor in the third and decisive set to take a 3-1 lead. She would hold serve against the American the rest of the way to secure the match and a shot at the third Grand Slam title of her young career.

So this year’s US open final will be between Victoria Azarenka and Naomi Osaka. Who’s your money on?

DISCLAIMER: The Views, Comments, Opinions, Contributions and Statements made by Readers and Contributors on this platform do not necessarily represent the views or policy of Multimedia Group Limited.
Tags:
Naomi Osaka
Serena Williams
US Open
US Open 2020
vICTORIA Azarenka