US VISAS: What can I do if my DV lottery visa is refused? 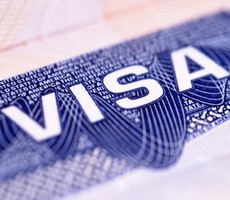 It is often a painful and frustrating experience for your visa to be refused. This is, even more, worrying in immigrant visa cases where the applicant’s plans of permanently settling with their family member in the U.S. or the DV lottery winner’s plans of making a new life in the U.S. takes a hit. In many cases, the applicant may have spent enormous time and resources in making the application. This article looks at one of the options you may consider if you are refused an immigrant visa with emphasis on DV visa.

There is doctrine under U.S. immigration law known as consular non-reviewability. This doctrine states that courts in the U.S. are generally without power to determine whether the decision by the Consular Officer (CO) to refuse a visa was in accordance with law. This implies that COs have a near absolute authority in visa decisions such that even when they are wrong, an applicant has no means of challenging the decision.

However, in 1997 the U.S. Circuit Court of Appeals delivered a significant ruling in the case of Patel v. Reno that while the Court cannot tell the COhow to decide a case, the Court can review the case where the CO fails to issue a decision.

This position was reaffirmed in the recent case of Rivas v. Napolitano. In this case, Mr Hilario Alfonso Rivas submitted an application for an immigrant visa based on an approved petition filed by his daughter. The U.S. Consulate in Ciudad Juarez, Mexico, denied Rivas’s visa application on the grounds that he had admitted to alien smuggling activities.

Thereafter, Rivas filed a Request for Reconsideration which the consulate failed to act on. Rivas filed an appeal with the district court, which relied on consular reviewability in dismissing the case on the grounds that it had no power to adjudicate the matter. Upon review, the 9th Circuit held that the Consulate could simply not fail to take any action on Rivas’ request but that they had a duty to review the case and make a decision on it.

The Federal Regulations provides at paragraph 22 CFR 42.81 (e)that if a visa is refused, and the applicant within one year from the date of refusal adduces further evidence tending to overcome the ground of ineligibility on which the refusal was based, the case shall be reconsidered. In such circumstance, an additional application fee shall not be required.Therefore once the applicant submits further evidence to overcome the refusal within one year from the date of refusal, the Consulate cannot turn a blind eye to it. They must examine and decide on the case.

How to file a Request for Reconsideration

You must file your request with the consulate that refused your visa. The Request must be professionally presented. It must include all relevant legal arguments and documentary evidence pointing out legal or factual mistakes made by the CO.You must state new facts and support them by affidavits or other documentary evidence.  If you resubmit previously provided evidence or assert a fact without providing supporting documentary evidence, your request may not succeed.For example, if the CO decided in a DV lottery case that you did not qualify educationally, you may submit new evidence to prove that you possess the requisite educational qualifications under the DV Rules.

Request for reconsideration in DV cases

The Regulations state that you may bring the request within one year from the date of the refusal. However,since DV visas are only valid up to 30th September of every fiscal year,CO’s have no authority to issue DV visas after this date. Therefore, if you were refused a visa on 18th June 2016, you would only have up to 30th September 2016 to file your reconsideration request and not within one year from 18th June 2016.

Disclaimer: This article only provides general information and guidance on U.S. immigration law. The specific facts that apply to your matter may make the outcome different than would be anticipated by you. The writer will not accept any liability for any claims or inconvenience as a result of the use of this information. The writer is an immigration law consultant and a practicing law attorney in Ghana. He advises on U.S., UK, and Schengen immigration law. He works for Acheampong & Associates Ltd, a law firm in Accra. He may be contacted at acheampongassociatesgh@gmail.comor www.acheampongassociates.com