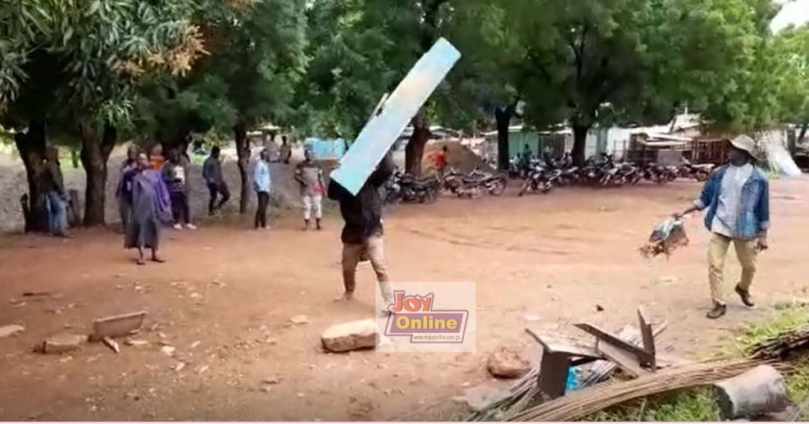 The Ghana Police Service has launched a hunt for persons suspected to have attacked the National Democratic Congress’ office in Tamale.

The vandalism occurred on August 23, when some youth who perpetrated the act also destroyed some property.

Their action is in protest of a decision to let one of the party’s Vice Chairmen, Ali Adolf act as Regional Chairman.

The police assured, “the public that all the perpetrators will be brought to face justice.”

In a Facebook post on Wednesday, they insisted that the populace chooses amicable means of getting their concerns addressed “rather than resorting to violence.”

Alhaji Ibrahim Mobila died on Tuesday, August 16 at the Tamale Teaching Hospital after a short illness.

His ‘adua’ was held on Sunday, August 21 and graced by the party’s 2020 presidential candidate John Dramani Mahama and other dignitaries.

The youth arrived at the party office and ordered the workers to leave. They then locked up the place.

The latter vandalised chairs and other properties of the party.

The youth, who arrived at the party office on motorbikes, fired gunshots amidst the commotion, demanding that Ahmed Rufai Vellim rather be allowed to act as Regional Chairman of the party.

DISCLAIMER: The Views, Comments, Opinions, Contributions and Statements made by Readers and Contributors on this platform do not necessarily represent the views or policy of Multimedia Group Limited.
Tags:
attack
NDC
Police
Tamale