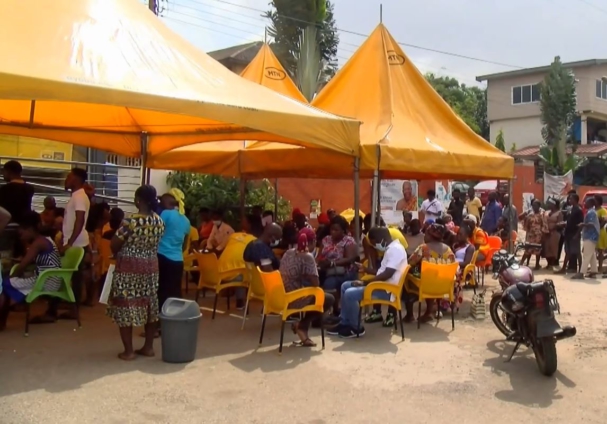 Some residents in the Ashanti Region are kicking against the government’s decision to roll out a self-service App for SIM card re-registration.

Later today, the government will launch a self-service application for SIM card re-registration.

The App is intended to ease congestion at registration centres.

During a press briefing on Sunday, Communication Minister, Ursula Owusu-Ekuful announced that the App will attract a charge of GHC5.

This comes after many Ghanaians are facing challenges in registering their SIM cards.

Among other things, millions of Ghanaians are yet to receive their Ghana cards which is the main tool for registration.

Others are also yet to complete the second stage of reregistration due to long queues and other challenges at the network operators’ offices.

Because of this and other reasons, the Communications Minister announced that the deadline for reregistration has once again been extended.

Although some residents in the Ashanti Region deem the App’s introduction prudent, others argue that it should have been introduced when the exercise commenced.