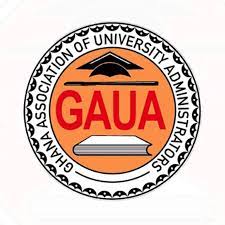 In a statement issued by the Association on Wednesday, GAUA bemoaned the plights of lecturers, and called on government and other relevant stakeholders to speedily address the concerns raised by the agitating lecturers.

GAUA also condemned the decision by the National Labour Commission (NLC) to drag UTAG to court; and called for an amicable resolution between UTAG and the Ministry of Employment and Labour Relations.

“GAUA is calling on all stakeholders, especially government, its agents and assigns to immediately and with all seriousness required, resolve all labour agitations to avoid a total shutdown of the Public Universities. That Statutes of the Universities normally provide that in the event where academic or normal life of the University is disrupted for 21 continuous days, Council shall order the closure of the University. The earlier Government took a decisive step towards resolving the UTAG impasse, the better for tertiary education in Ghana”, portions of the statement read.

GAUA also intimated that they are disturbed by the present situation on the campuses of public universities in Ghana and therefore, they are calling on government to “immediately restore the Interim Market Premium and resolve all other related issues, which are the cause of the current disruption of the already challenged academic calendar as a result of COVID-19 and its related impact on the universities”.

The Association also pleaded with government to better the conditions of GAUA members across the country.

“We also wish to serve notice and notice is hereby served that GAUA members are equally and negatively affected by the worsening conditions of service and call on government as a matter of urgency to restore the Interim Market Premium of 114%, calculated on the basic salaries of Senior Members of the Public Universities, in line with the agreement of migration to the Single Spine Salary Structure, 2012”, the Association stated.

Meanwhile, Pro-Vice-Chancellor of Academic and Students Affairs at the University of Ghana (Pro VC ASA), Prof. Gordon Awandare, says the law does not prescribe universities in the country to shut down after 21 days with no academic work.

According to him, such a decision is economically driven as careful consideration is taken on the institution’s cost for the university’s smooth running. He explained that providing students with social amenities such as electricity, water, while academic work is at a halt will in the long run have financial implications on the university.

“I don’t think that is a law. It is more of a practical decision in terms of its economics. If you have students on campus using electricity, water, spending money, putting pressure on the facility and nothing is going on in terms of classroom work, then at a point you have to cut your losses and say, let’s take a break, everybody go home and relax and then when the issue is resolved, come back”, Prof. Awandare said in an interview on campus based, Radio Universe, Tuesday.