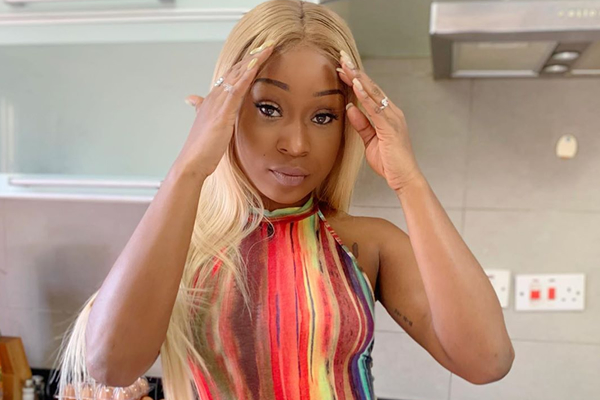 Actress and broadcaster, Efia Odo has finally cleared the air on the lingering rumour that she has had sex with a few Ghanaian celebrities including Kwesi Arthur, King Promise and Darko Vibez.

While setting the records straight in an interview with Zionfelix, the actress noted how some Ghanaians began peddling rumours about who she has dated and slept with.

According to her, Ghanaians like to associate themselves with sex because it is the only thing they always think of.

“Ghanaians are always saying I dated Kwesi Arthur, had sex with him and then we two broke up. They also said I had a thing with King Promise and Darko Vibez, all because I shot music videos with them.

“I mean, can’t a male and a female be friends without people thinking about anything sexual? I think in Ghana when somebody says they have a crush on someone they automatically think you want to be in a relationship with the person and have sex.

“You can crush on someone because of their personality. It’s always about sex, that means sex is the only thing Ghanaians have in mind. Ghanaians like sex, they like sex too much,” she said.