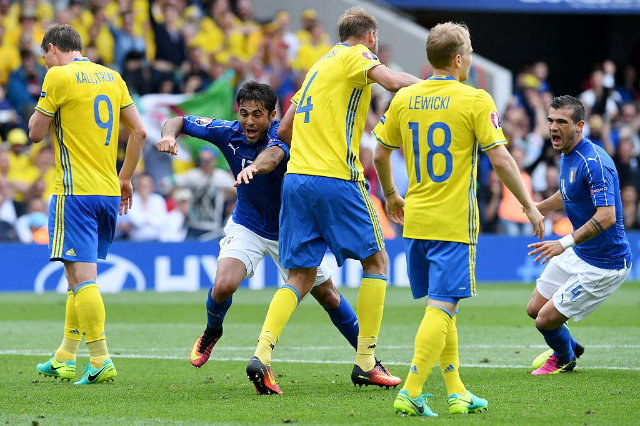 Italy are through to the knockout stages of Euro 2016 after a superb late Eder goal saw them beat Sweden 1-0 in Toulouse.

A cagey affair that saw only three shots on target, all from Italy, looked like ending in stalemate after Marco Parolo saw his header clatter back off the bar.

But with just two minutes of normal time remaining, Eder latched onto substitute Simone Zaza’s flick on, leaving Andreas Granqvist on his backside before firing into the far corner.

Zlatan Ibrahimovic was kept quiet by an excellent Italian defence for the most part, but was guilty of the miss of the tournament, blazing over with the goal at his mercy at the far post although the offside flag had been raised. He wasn’t to know.

It means that Sweden must now win their remaining match against Belgium and hope other results go their way. But that victory looks highly unlikely as they have now failed to muster a single shot on target in 180 minutes of play.

Republic of Ireland and Belgium play on Saturday.