Virgil Abloh: Five things you might not have known about the fashion designer 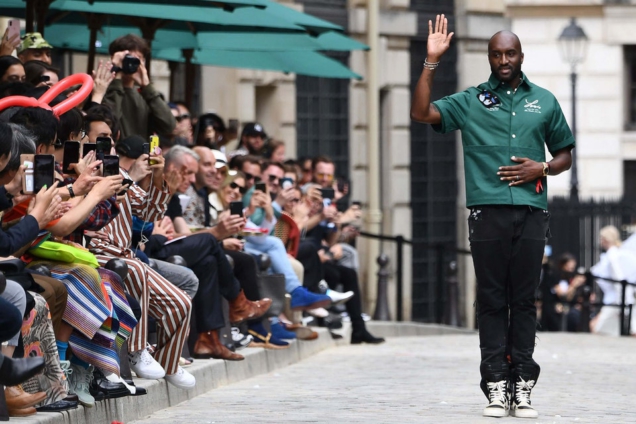 When Virgil Abloh died in November 2021, the fashion world was shocked. He’d kept his diagnosis of cardiac angiosarcoma – a rare, aggressive form of cancer – private from the world.

The new BBC Three documentary Virgil Abloh: How To Be Both charts his rise from a suburb of Chicago without conventional fashion training or credentials to the top of the fashion world.

Virgil Abloh achieved a lot during his lifetime and those that knew him put that down to his unusual ability to work hard on many different projects at the same time.

Poet Kai-Isaiah Jamal, who was a friend of Virgil, says his “work ethic was insane” and that at all times he was taking calls and responding to emails and messages on two or three phones.

“Everyone used to laugh and be like when does he sleep? And the whole thing was like never,” Kai-Isaiah says. “He had time and capacity and space for everyone which I think is kind of unheard of. Everyone received the same amount of love.”

“He really thrived when he was involved with lots of people and doing lots of things all at the same time,” says fashion critic and YouTuber Bliss Foster.

2. He made much more than clothing

As well as having his own fashion label and heading up Louis Vuitton menswear, Virgil was a DJ, a shoe designer collaborating with Nike, a furniture designer for IKEA and a car designer for Mercedes-Benz among many other things.

“Virgil was important way outside of fashion, he was a cultural force,” says YouTuber Bliss.

For IKEA, Virgil designed a wall clock, a chair, bedding and a rug in the shape of a giant IKEA receipt.

Explaining why the worldwide furniture company decided to work with Virgil, Henrik Most – IKEA’s creative leader – says: “Once every 10 years, somebody turns up and has this almost magnetic connection with a generation.”

“I think IKEA is a really important Virgil collab because it really underlines the idea that he wanted to create design for a mass audience,” says creative director and editor Thom Bettridge.

3. He helped to found a school

During the Black Lives Matter protests in the summer of 2020, Virgil saw a news clip of activist Trinice McNally at a rally speaking about racism among the police.

The designer sent her a message on social media and, via his brand Off-White, they went on to collaborate on a T-shirt with the logo “I Support Black Women” with the money going towards establishing the School for Black Feminist Politics in Washington DC.

4. He had his critics

Throughout his career, Virgil faced criticism around claims of plagiarism and critiques that he didn’t have any originality when it came to his designs. “There’s been naysayers to Virigil’s career since it started,” says Thom Bettridge.

For example, one of the first shirts Virgil released early in his career simply featured a logo screen printed onto the back of a flannel Ralph Lauren rugby shirt.

However, some claim this criticism can be put down to racism.

“I think if people are honest, most of the criticism based on Virgil’s plagiarism was rooted in racism,” says Bliss Foster. “Even if it’s not that overt, he is getting the brunt of all this frustration in the industry and it is mostly being directed at him as a racial issue.”

5. He inspired other young designers

Virgil Abloh was always keen to work with and help the people around him, according to the people who knew him.

“He was very accessible as a person, someone who was very generous with his time,” says photographer Tommy Ton. He once even missed an important flight to sign his contract for Louis Vuitton because he wanted to spend more time with the students at a Harvard University event.

Young designers Larry Tchogninou and Samantha Smyser took part in a design programme at the NikeLab Chicago Re-Creation Center, which had set up a collaboration with Virgil Abloh.

“We got to ask him questions and he replied to them in a really humble way and cared a lot about sharing knowledge with young people,” Larry says.

“At the end of the programme, Virgil Abloh came in and saw our work and gave us feedback,” Samantha says. “His presence alone being a black man and reaching the heights of menswear for Louis Vuitton just really opened my eyes to there being no limit.”

DISCLAIMER: The Views, Comments, Opinions, Contributions and Statements made by Readers and Contributors on this platform do not necessarily represent the views or policy of Multimedia Group Limited.
Tags:
Fashion
Virgil Abloh
Virgil Abloh Off White