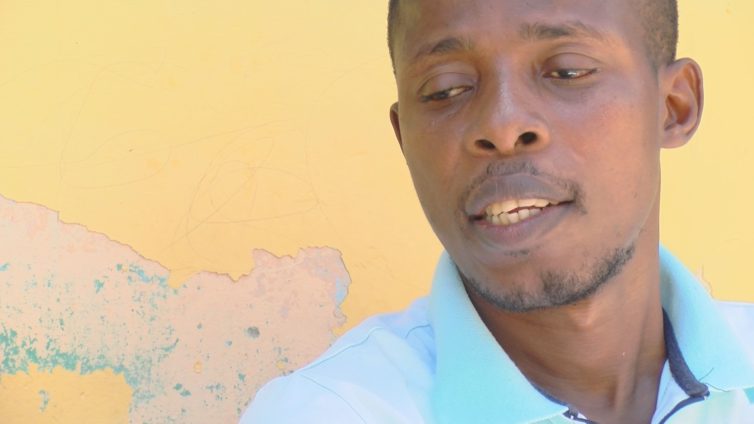 “If I even get my eyes back and I don’t get my money, I will be fine. I am a forceful person and I will work again”.

Those were the words of 39-year-old Stephen Aboagye who was featured in the JoyNews Total Recall documentary, “Eyes on Menzgold”.

The documentary told the story of aggrieved Menzgold customers who are in dire need of their locked up investment.

Sometime in January 2020, he was part of a number of customers who pitched camp at the residence of Menzgold founder, Nana Appiah Mensah.

It was a protest to demand payment of their locked up cash. Stephen tried to flee when Policemen arrived at the scene.

He unfortunately fell down and got injured.

He was plagued with constant head aches and had to seek medical attention. His inability to find funds for treatment worsened his plight and before Stephen could get help, his sight was gone.

“I can’t see anything,” Stephen said in the documentary.

But 24 hours after his story was told on JoyNews’ platforms, a philanthropist who wants to remain anonymous got in touch with the producer of the documentary, Joseph Ackah-Blay.

“I heard Stephen’s story. He said he was looking out for what God can do. Who is God? He’s you and me. I will help him”, the philanthropist said.

Stephen’s surgery bills were settled on Friday, June 24, 2022. The philanthropist also gave him some cash for his upkeep and drugs ahead of the surgery in August.

“I am really grateful. I am glad you told my story. God bless you,” a grateful Stephen said.