Volta Regional Minister to appear before Parliament on Tuesday 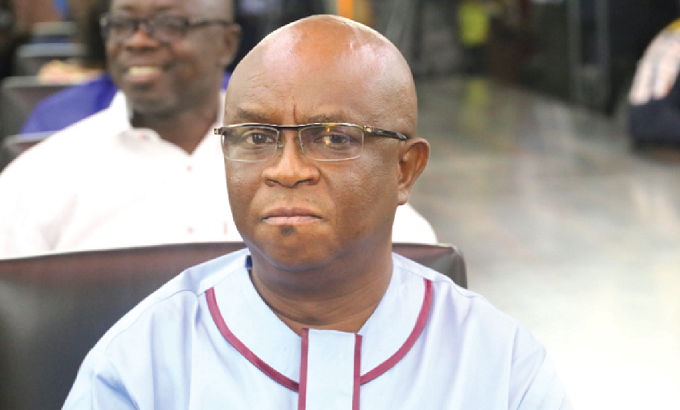 The Volta Regional Minister, Dr Archibald Yao Letsa, is to appear before Parliament in Accra on Tuesday, November 1, 2022, to tell the House when the relocation of the victims of tidal waves in the Ketu South Constituency would commence.

Majority Chief Whip Frank Annoh-Dompreh, presenting the Business Statement in Parliament, for the weekend, Friday, November 4, 2022, said, the invitation of the Volta Regional Minister is in response to a scheduled question standing in the name of Madam Abla Dzifa Gomashie, MP for Ketu South Constituency.

Tidal waves have hit seaside communities in the constituency in recent years, with some hitting parts of the municipality on Sunday, April 3, 2022, and leaving 20, 000 people stranded at Agavedzi, Akplabanya and its adjoining communities.

This comes barely four months after hundreds were left stranded in some coastal communities in the year 2021.

When the Minister comes to the House, he will be expected to give details on government interventions to the affected communities.

Other MPs present in the House would join Madam Gomashie in asking the Minister for answers during supplementary question time.

Other Ministers slated to appear before the House next week include Mr. Ambrose Dery, Interior Minister; Dr Owusu Afriyie Akoto, Minister of Food and Agriculture; and Mr. Kwaku Agyeman-Manu, Minister of Heath.

Mr. Annoh-Dompreh said in all, seven Ministers were expected to appear in the House to respond to 45 questions during the ensuing week.

He said there would be 11 urgent questions and 34 oral questions.

The Majority Chief Whip urged Committees with referrals to expedite work on same for consideration of the House.

DISCLAIMER: The Views, Comments, Opinions, Contributions and Statements made by Readers and Contributors on this platform do not necessarily represent the views or policy of Multimedia Group Limited.
Tags:
Dr Archibald Yao Letsa
Volta Region