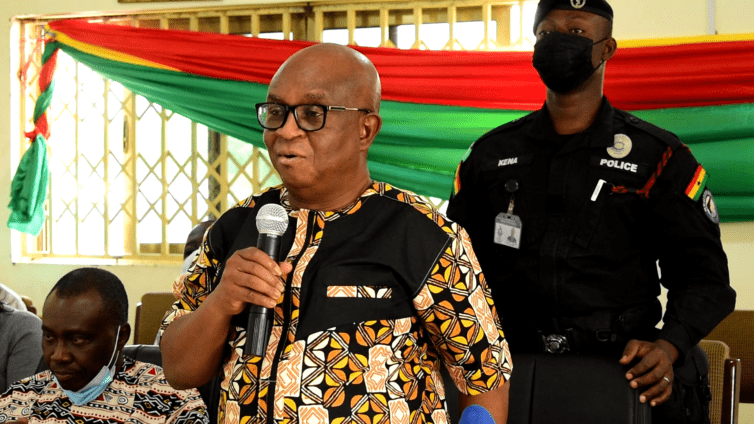 The Volta Regional Minister, Dr. Archibald Letsa has charged Municipal and District assemblies in his jurisdiction, especially those in rural areas, to introduce housing schemes to tackle the lack of staff accommodation.

He implored management of the assemblies to seek for public-private partnerships towards undertaking these housing schemes, just to ensure their staff live in the districts where they work.

Speaking at a staff durbar in Adaklu Waya during a tour of the Adaklu District, Dr. Letsa detailed that assemblies should consider providing decent accommodation for their staff as a priority.

He opined that this would make the staff feel comfortable and deliver to expectation which would propel the assemblies to perform better.

“Assemblies will have to get private investor so that they can do a PPP arrangement so that the staff stay there, and then we deduct [from their salaries] and we can pay to the private person”, he detailed.

“But the assembly can also start some housing schemes”, he suggested.

Dr. Letsa implored civil servants to give off their best to enhance the performance of their respective Assemblies; adding that they should eschew absenteeism, disrespectfulness, negligence, and lackadaisical attitude towards work.

He also directed the assemblies to design mechanisms towards increasing internally generated funds and warned against malfeasance.

The Volta Regional Minister and his entourage started the day’s tour in the Ho Municipality where he inspected the progress of work on projects ongoing at the Ho Central Market and construction work on the Amegashie Bridge, which has stalled.

The Ho MCE, Divine Bosson, expressed dissatisfaction with the progress of work on the market projects and detailed that the assembly is considering black listing contractors who do not deliver projects on schedule, if funding is made available

Dr. Letsa proceeded to the Adaklu District where he inspected a market store project at the Adaklu Animal Market, the newly-built Adaklu District Police Command Centre, a CHPS compound attached with staff quarters at Adaklu Anfoe, and a court complex under construction.

He later commissioned a 3 unit classroom block for the Akwetey Basic Shcool and a maternity block for the Kpetoe Health Center in the Agotime Ziope District.