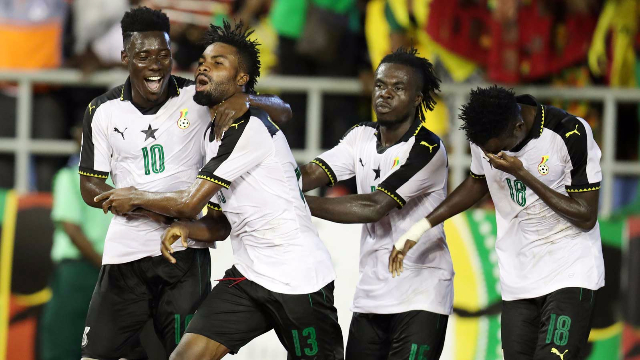 Ghana stayed in the hunt to win the 2017 WAFU Cup of Nations after an improved performance gave the Black Stars B an impressive win over Niger in the semi-final on Thursday night.

The defending champions advanced to set up a final clash with old rivals Nigeria, who needed a solitary strike by midfielder Rabiu Ali to progress at the expense of Benin.

Ghana defeated Niger 2-0 courtesy a goal in each half from Berekum Chelsea striker Stephen Sarfo and Kwame Kizito of Hearts of Oak.

Niger started strongly and created their first real chance on goal in the tenth minute when Adebayor Victorien dribbled his way into the box, beating two defenders, before seeing his close-range effort brilliantly saved by the keeper.

Ghana started to take control of the match and opened the scoring in the 31st minute when Kwame Kizito powerfully headed home a corner-kick from six-yards out, 1-0.

Niger suffered a further setback two minutes later when Kofi Dankwae had to leave the field injured and was replaced by Ibrahim Mansour.

The Black Stars B continued to dominate the game, but could not increase the tally before the break.

However, two minutes into the second half Kwame Kizito should have made it two for Ghana when he broke through the defence but failed with the Niger goalie at his mercy.

The next chance on goal went the way of Niger in the 64th minute when Souleymane Dela met a free-kick from the left with a strong 14-yard volley, but his shot went inches over the target.

Ghana put the result beyond doubt in the 79th minute when Stephen Safro applied the finishing touch to a low cross by defender Samuel Sarfo.

Niger tried to find some consolation in the dying minutes of the game as they threw players forward, but they could find none as Ghana won 2-0.

The final between Ghana and Nigeria will be a repeat of the last group A match, which the Super Eagles won 2-0.