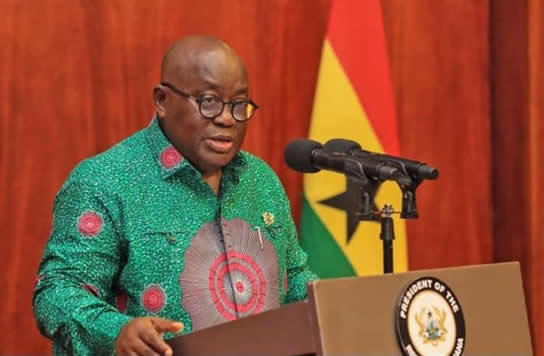 This follows the dismissal of 14 students from five Senior High Schools for rioting during their Integrated Science paper.

They were subsequently barred from writing their remaining papers.

But in a statement from the Jubilee House, the President, while condemning the unruly behaviour of the students, said he believes they deserve to be given a second chance.

Earlier, the National Association of Graduate Teachers (NAGRAT) called for the students to be ‘de-boardinised’ and not banned from writing the exams; a decision it contends may end up creating monsters for society.

Adding its voice, Child Rights International had also described the decision as harsh and made appeals for a review.

Concluding the letter to GES, President Akufo-Addo added that all other disciplinary actions taken against the implicated students should remain in place.