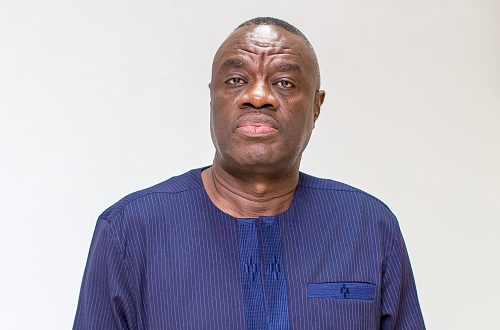 The Ministry of Tourism, Arts and Culture has signed an agreement with the Government of Spain to ensure capacity building in the tourism sector.

Minister of Tourism, Arts and Culture, Ibrahim Mohammed Awal says the sector wants to create one million jobs in the next three years.

He aims at achieving this by training 150,000 people; focusing on young people and women in different firms.

Spain is noted for being the second-highest most-visited country in the world and he hopes this partnership will help Ghana learn from their experiences and become the most preferred country for tourism in the world.

According to the Sector Minister, one of every four jobs in Ghana is created from the tourism sector.

Another reason for this partnership is to build a capacity for the operators in the sector such as hotels, restaurants, tour and travel agencies.

The Minister said that is the reason for the partnership with the Spain government and the INCYDE foundation.

The INCYDE foundation is a Spanish institution dedicated to the promotion and training of people in entrepreneurship.

This partnership will help build a capacity of 120,000 people in the tourism value chain in the country.

He stated that “the highest tourist visits we have had was in 2019 with 1.1 million people visiting the country and targets an increase this year and beyond; we want to do tourism with two million visitors every year.”

The ministry aims at developing 5% tourism incubators in Ghana this year to improve the sector. The creation of high-tech incubators is to create new jobs for the new economy to boost the sector and make it more competitive.

International Affairs representative of INCYDE foundation, Mar Casanova Llorens, said the agreement will train people who in turn will be in the country to train others as well and will also train entrepreneurs.

She said the foundation seeks to build an ecosystem in the sector by improving entrepreneurial skills in the tourism industry.