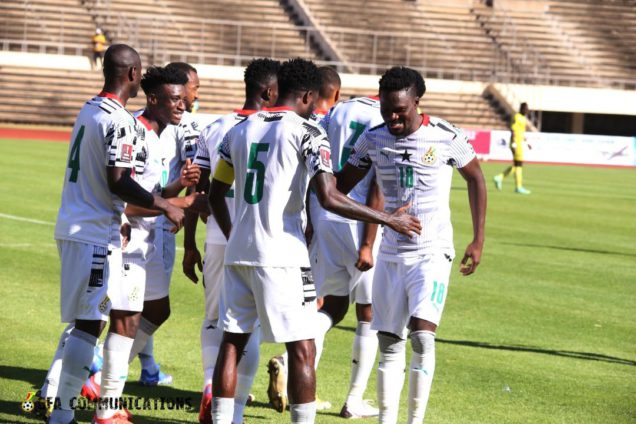 Returnee Black Stars head coach, Milovan Rajevac says his squad aim to upset the odds and public opinion in the run-in with South Africa, to see who finishes top of Group G.

In his first two games following his return, the Black Stars have recorded a 100% record in their World Cup qualifying results, despite little training time for the players and their new coach. This Milo believes, has given the team a platform to develop more belief in themselves and their abilities.

“The very short period between the two matches, tiredness and fatigue of the players are the problems so I’m just happy we managed to, because result is the most important in this stage. Especially since I came, we haven’t had much time. We’ve been training only for five days and the most important thing is that the mission is accomplished. We got six points after these two matches and our confidence is getting higher. So we are expecting to prove a point in the next two matches,” Milo said in his post-match press conference.

Before the encounter in Harare, the Black Stars beat the Warrior 3–1 at the Cape Coast Stadium. That victory which was accompanied by intricate play and match-dominance buy the Black Stars, was one which excited Ghanaians and the FIFA-approved 2000+ fans, who managed to get tickets to the game.

However at the Zimbabwe National Sports Stadium, the case was different and the Black Stars struggled to replicate their performance from Cape Coast. Nonetheless, Milo believes the result of the team should be the biggest measurement for the Black Stars at this time.

“It was a very tough and competitive match, both teams were competitive today. Maybe we didn’t see some beautiful football today but in some situations you just have to play for the result, and the result is the most important in the end,” Milo said.

The Black Stars’ next game in the qualifier will be played against Ethiopia on November 11, with the final game versus South Africa to be hosted in Ghana.

Should the Black Stars triumph in the two encounters, Ghana will qualify to the play-offs of the World Cup Qualifiers.