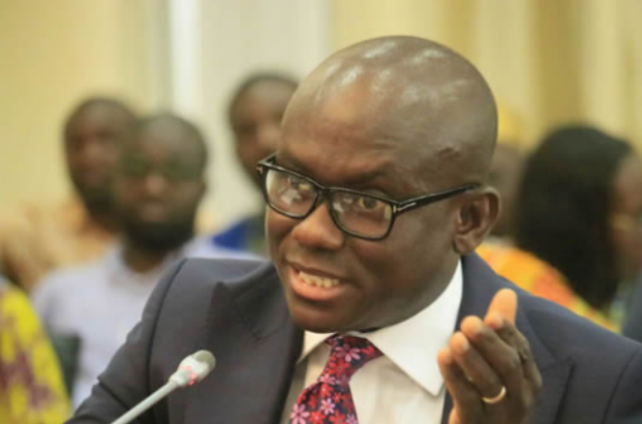 The Attorney-General and Minister for Justice has said that his office is ready to prosecute notorious ‘galamsey’ kingpin, En Huang, popularly known as Aisha Huang.

Mr. Godfred Dame said he is ready for the trial even if it commences next week.

In an interview with the media after the adjournment of case on Tuesday, Godfred Dame revealed that the state is willing to present its case once the trial commences.

According to him, the presiding judge ordered for the case management to be done.

“We are ready to proceed with the trial on a day-by-day basis. The Judge has also given the indication to continue the trial in that manner. For the Aisha Huang matter, we are ready to begin the trial even if we are given the opportunity next week.

The judge says we should come back for the case management conference and I am sure by the next adjourned date, we will be ready,” he said.

Meanwhile, the main accused person is expected in court on October 24, following her last appearance on Monday.

Lawyers for the alleged illegal miner attempted to apply for bail for their client, but it was rejected by Justice Lydia Osei Marfo.

Aisha Huang is facing charges of undertaking a mining operation without a license, facilitating the participation of persons engaged in a mining operation, and the illegal employment of foreigners and entering Ghana while prohibited from re-entry.

In the meantime, Aisha Huang is expected to remain in NIB custody.

DISCLAIMER: The Views, Comments, Opinions, Contributions and Statements made by Readers and Contributors on this platform do not necessarily represent the views or policy of Multimedia Group Limited.
Tags:
Aisha Huang
Attorney-General
court
Galamsey Fight
Godfred Yeboah Dame