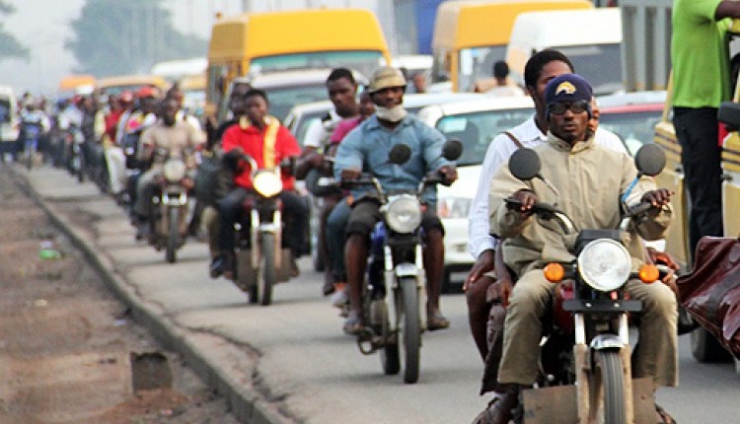 The Greater Accra President of the Okada Riders Association says his outfit continues to engage in the business due to the unemployment situation in the country.

Issah Abubakar said if there were jobs, they would have no other alternative than to shun their current venture of riding motorcycles to fend for themselves.

Although the commercial use of motorbikes has been outlawed, the law is not being enforced to the letter.

He asked the party to come clear on its plan for them.

“No government has ever helped us. The police always ask us for our license but when we are involved in accidents, we are not covered by any insurance. Even when we die, the insurance doesn’t cover it. If Nana Akufo-Addo helps us, we will also vote for him,” he said.

Meanwhile, General Secretary of the Association, David Majeed questioned the motive and genuity of the, National Democratic Congress (NDC) promise to legalise the Okada business.

He stated that despite their promise, the NDC did not have any consultation with them to cement its promise.

Mr Majeed debunked claims that the activities of Okada riders are responsible for a lot of deaths. He stressed that deaths existed even before their business began.

The General Secretary called on government to stay true to it’s pledged to empower them by purchasing brand new cars assembled in the country to engage in a much safer venture.

This comes on the back of the raging debate of whether or the commercial use of motorcycles should be backed by law.

Section 128 (1) of the Road Traffic Regulations, 2012 (Legislative Instrument 2180), states: “The licensing authority shall not register a motorcycle to carry a fare-paying passenger.”

But flagebearer of the NDC, John Mahama promised that this law will be repealed when he is voted into office.

He stated that  motorcycles will be procured by his administration to aid the activities of the commercial transport business if elected into office in the December polls.

Mr Mahama assured riders will be assisted through various payment frameworks to ensure individual ownership of the vehicles in the long run to boost the country’s employment numbers.

The NDC further disbanded claims that the legalisation of Okada will undermine the business of commercial drivers.

However, this policy proposal by the former President has been criticised particularly by the opposition New Patriotic Party (NPP).

Vice President Dr Mahamudu Bawumia on Wednesday categorically stated that government will not barge as the business exposes citizens to risk while proposing alternatives to the venture.

National Organiser for the NPP, Sammy Awuku charged Ghanaians not to vote for a president who wants the youth to be Okada riders for life.

According to him, the NDC doesn’t have the interest of Ghanaians at heart.

DISCLAIMER: The Views, Comments, Opinions, Contributions and Statements made by Readers and Contributors on this platform do not necessarily represent the views or policy of Multimedia Group Limited.
Tags:
NPP
Okada legalisation
Okada Riders Association
Sammy Awuku