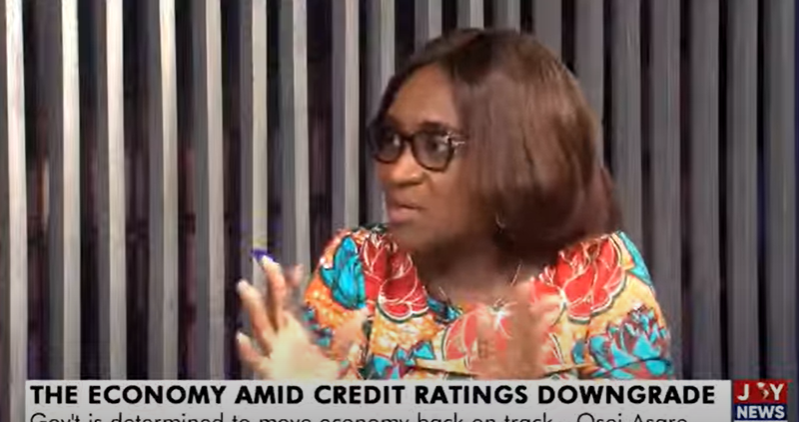 A Deputy Finance Minister, Abena Osei Asare, has said that government is putting things in place to bring back investor confidence in the economy.

According to her, government is hoping to restore the economy to its previous form with measures outlined in the mid-year budget presented to Parliament.

“Even as we have passed some of these measures, we are hoping that quickly we’ll put ourselves together and work very hard to pursue the policies that we are pursuing to make sure that we bring back that confidence that is causing so much speculations and resulting in some of these downgrades.”

In regards to this, Mrs Asare said government is doing their possible best to solve the current economic situation.

“We’ll quickly work hard together to bring back that confidence because now, it is the confidence that we are hoping to bring back and that will reduce the speculation and also help with the cedi depreciation against some of the major foreign currencies”, she assured.

She further stated that the downgrades come after government deferred some of its revenues they believed would have helped restore the economy.

“You saw how we deferred some of our important revenue measures that we believe was going to help us raise some revenues to focus on our development agenda – and as a result of the deferment of the passage of some of these revenue measures, it undermined the credibility of our budget and that’s when we started seeing credit downgrading.

“That kick-started the downgrade in the credit ratings. That has really affected us and has affected our confidence on the global front and domestically as well”, she said.

She explained that after the adverse impact of Covid-19, government is poised to build a sustainable entrepreneurship nation.

“We had a clear understanding of what we really wanted to do. After the adverse impact of Covid-19, we sought out to build a sustainable entrepreneurship nation and also to focus on debt sustainability and increase growth.

“We came up with some aggressive targets for our revenues, we were hoping to raise revenues of about a hundred billion. We estimate some expenditures we believe will help kick-start the economy and result in some positive good for us.

“So we were hoping that with all this, we were going to get ourselves out of some of the adverse impact of the Covid-19”.