We are working to support SMEs to leverage AfCFTA-Gender Minister 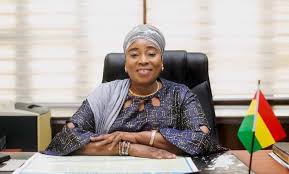 The Ministry of Gender, Children and Social Protection says it has implemented various policies to scale up the operations of Small and Medium Enterprises (SMEs).

In an interview with Joy Business at the launch of the African Women Leaders Network, Ms. Abudu explained that her organization is collaborating with various stakeholders and agencies to leverage technology to assist women in small businesses.

She reaffirmed the government’s commitment to assisting women-owned businesses in taking advantage of AfCFTA.

“We will never neglect them because they play a critical role in the Ghanaian economy so there are a lot in stock for them”, she said.

Speaking about head-porters in Accra, she stated that a number of them have been enrolled in various institutions to acquire soft skills that will eventually take them off the street.

“We are trying to take them of the street, we have realized that they are becoming too many in Accra and for that matter we have paid for some to start schooling to acquire skills that will help”

The African Women Leaders Network was founded in 2017. It is a joint African Union and UN initiative to create a continent-wide women’s movement led by women for women.

The primary goal is to strengthen women’s leadership in Africa’s transformation into a peaceful and inclusive continent by focusing on six pillars: governance and political participation, peace and security, financial inclusion, young women leadership, rural women empowerment, and social mobilization.

DISCLAIMER: The Views, Comments, Opinions, Contributions and Statements made by Readers and Contributors on this platform do not necessarily represent the views or policy of Multimedia Group Limited.
Tags:
AfCFTA
SME