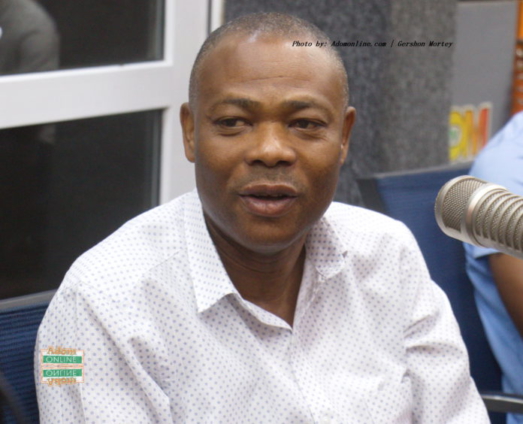 The CEO of Ghana Music Rights Organisation (GHAMRO), Abraham Adjatey, has said that one of the challenges hindering the effectiveness of the royalty collection system is the poor payment culture in the country.

According to him, people do not like to pay for using music, hence GHAMRO sometimes struggles to collect royalties from some institutions.

Speaking on Daybreak Hitz on Hiz FM he explained that on numerous occasions they have had to sue media houses, and telecommunication companies among others before they were able to retrieve the needed funds.

“Night clubs, when you go there to collect the money you see five macho people asking ‘what do you want?’ The last time two of our people were abused. Last Friday, Ghana Police Service locked up two GHAMRO officers.”

Mr. Adjatey told the host, Sammy Forson, on Wednesday, that the Management of a club reported the GHAMRO officials as robbers to the Police.

He said that because the Commander at the Police station was a friend to the club’s owners, the officers rushed to the place and arrested the GHAMRO staff despite the latter’s attempt to explain their purpose.

“Monday when I went to the station to explain, the Commander said yes he knows GHAMRO but the lady told them the officers are armed robbers. Do you think that if we have a country that appreciates paying for music, we will be struggling? We don’t have that culture,” he lamented.

Mr. Adjatey said that despite the decades held belief that music is free, GHAMRO is working hard to ensure musicians are paid.

Meanwhile, the Ambassador of France to Ghana, H.E. Anne Sophie Ave has jumped to the defence of Ghana Music Rights Organization (GHAMRO) following criticisms of their mandate.

According to her, a number of factors contribute to the slow progress of GHAMRO’s effectiveness in its field.

The passionate music follower, believes a journey of a thousand miles begins with a step, as it was in the case of SACEM (Society of Authors, Composers and Publishers of Music) in France.

She told Joy FM’s Kofi Hayford, “SACEM… was created in 1851, so it’s basically over 140 years, [while] GHAMRO is 8 years old”. The French Ambassador, by her comparison, asserts that critics need to give the only legal royalty collection outfit in Ghana the chance to grow.”

In September, 2021, GHAMRO announced new measures to aid in their royalty collections.

In January 2022, he also disclosed that GHAMRO is also collaborating with an Irish company that helps to identify the songs being played on all radio and TV stations across the country and also come up with a new payment system.

“The system will aggregate the number of songs of each registered artiste that were played and then from the logging, we know which artistes to pay and how much to pay them.”

Mr. Omar added that now, the number of songs from an artiste that is played will also determine how much money they will earn as royalties.

DISCLAIMER: The Views, Comments, Opinions, Contributions and Statements made by Readers and Contributors on this platform do not necessarily represent the views or policy of Multimedia Group Limited.
Tags:
Abraham Adjatey
GHAMRO