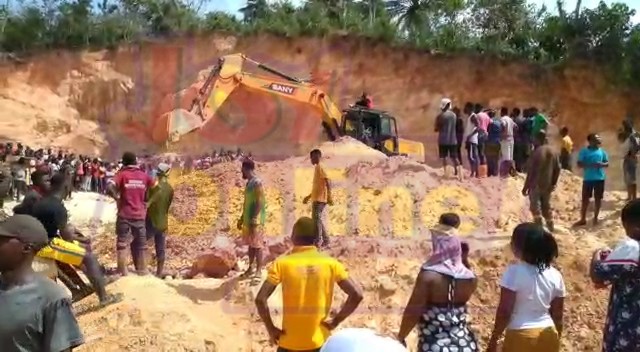 Former Lands and Natural Resources Minister, Inusah Fuseini, has called on the government to open up the licensing regime for small scale miners in order to absorb all those involved in galamsey.

This, he says, would immensely support government’s efforts in regularizing the small scale mining industry, at the same time bringing an end to illegal mining in the country.

His comment comes on the back of research findings by JoyNews which seem to suggest a strong link between galamsey activities and politics in the country.

According to the research, political candidates that have campaigned in mining communities where galamsey is rife, promising to do the galamseyers one favour or the other have received immense political support from the communities during election periods.

Also, monies earned from galamsey activities have been used to fund political campaigns in the country in return for political favours.

Speaking on JoyNews’ PM Express, Inusah Fuseini noted that while the anti-galamsey operation he led during the erstwhile-Mahama administration had not factored in the political angle of galamsey, by making simple the mining licensing regime it would finally afford the government the opportunity to regulate and enforce environmental regulations on the entire mining industry.

“That’s why I’m saying that it appears to me now listening to you and watching the evidence that there is a nexus, a connection. Now probably what we need to do is to free up the system and make the licensing regime quite easy and simple for many people to migrate onto the licensing regime than just taking the law into their own hands and mining with impunity.

“Because obviously your analysis and research, your exposition tonight clearly establishes a nexus, it was not available to me at that time. I did not see it that way, I and the John Mahama government just saw that what they were doing was catastrophic, was destroying our lands, was destroying our water bodies, we needed to do something about it and we did.

“And every political party wants to win power to effect some goodness or good for the country and if galamseyers are going to prevent him from doing that probably we need to think through how we win their confidence that when we come in we will not unduly disturb those who have taken advantage of the opportunities to mine in the corridors of the licenses that they have been given,” he said.

DISCLAIMER: The Views, Comments, Opinions, Contributions and Statements made by Readers and Contributors on this platform do not necessarily represent the views or policy of Multimedia Group Limited.
Tags:
Inusah Fuseini
licensing