We will label E-levy projects for all to see – John Boadu - MyJoyOnline.com 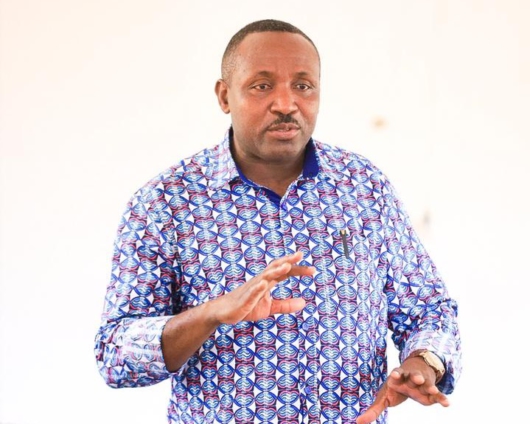 General Secretary of the New Patriotic Party, John Boadu, has indicated all projects to be executed with revenues generated from the Electronic Taxation Levy (E- levy) will be labelled.

According to him, the approach is for all Ghanaians to see what their monies are being used for by the government.

Mr Boadu disclosed this at a press conference at Mfantseman in the Central Region ahead of training for party communicators.

The training is to equip the trainees with the requisite skills and knowledge to effectively communicate government policies and programmes that resonate with the electorate.

Mr Boadu, in his address, among other things, charged the communicators to make a conscious effort to sensitise the public on the new levy to court support for the government.

The training marks the beginning of a deliberate effort to strengthen and empower the communicators in all the regions to help energise the party’s base.

He, therefore, reiterated the need for the trainees to be abreast with facts to enable them to counter misinformation and what he described as propaganda from the opposition National Democratic Congress.

According to Finance Minister, Ken Ofori-Atta, the introduction of the E-Levy is occasioned by the surge in mobile money transactions amid the Covid-19 pandemic of 2020.

According to the Finance Minister, the total transactions for 2020 were estimated to be over ¢500 billion, compared to GH¢78 billion in 2016, just five years ago.