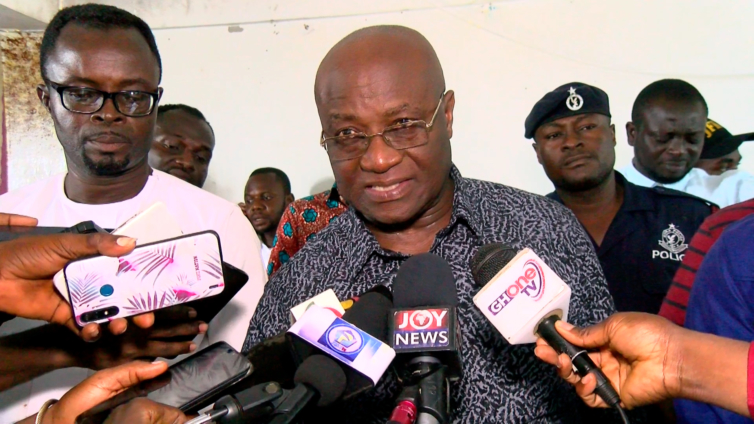 The Majority Leader, Osei Kyei-Mensah-Bonsu, says an investigation will be conducted into claims that a wealthy businessman tried to influence some New Patriotic Party (NPP) legislators to rescind their demand for the dismissal of the Finance Minister.

He told journalists on Thursday that the claims could be untrue; hence, a thorough probe is necessary to reveal all the facts about the matter.

The investigation will also focus on unravelling the motives of the said businessman.

“With particular reference to the attempted bribery, it’s come before me. We’ll investigate if it true and if it is true, establish the motive of that person. Sometimes, these things come up.

“You remember the issue of a minister who was nominated to appear before the vetting committee. There was an allegation that he had attempted to bribe some people or influence some people. Eventually, it turned out to be – I will not say falsehood – but an untruth,” he said.

There have been calls on the Special Prosecutor to also conduct a probe into this issue.

For instance, President of IMANI Africa, Franklyn Cudjoe has said the actions of the said businessman – if found to be true – flies in the face of the laws of the country.

Some members of the Minority in Parliament have also asked their NPP colleagues to name the wealthy businessman who tried to persuade them to soften their stance against Ken Ofori-Atta.

“We want to investigate; if it is true, what is the motive of the person? And then we can make some statements on that,” Mr Kyei-Mensah-Bonsu stressed.

It would be recalled that some NPP MPs in an unprecedented move called for the sacking of the Finance Minister, and according to Majority Leader Osei Kyei-Mensah-Bonsu, it has been alleged that a wealthy businessman tried to get them to change their stance.

Giving a blow-by-blow account, he said the unnamed wealthy businessman offered a ‘fat’ envelope which contained some undisclosed amount of money for the MPs to back off from their demand.

The two politicians, however, refused to disclose the identity of the businessman.

DISCLAIMER: The Views, Comments, Opinions, Contributions and Statements made by Readers and Contributors on this platform do not necessarily represent the views or policy of Multimedia Group Limited.
Tags:
Ken Ofori-Atta
Majority leader
Osei Kyei-Mensah-Bonsu
wealthy businessman