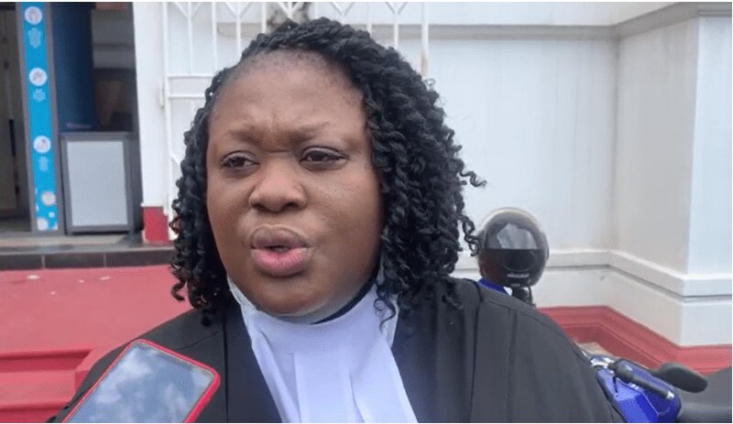 The Office of the Attorney General and Ministry for Justice has expressed its satisfaction with the Supreme Court’s decision to dismiss the review application by the Assin North MP, James Gyakye Quayson.

This view was made known by the Deputy Attorney General, Diana Asonaba.

According to her, they are happy with the decision by the Apex Court.

In her view, the lawyers for Mr. Gyakye Quayson failed to prove their case before the panel.

“On the issue of the decision restraining the 1st defendant from holding himself out as an MP, the 1st defendant through his lawyers have failed to clearly surmount the conditions. So we are very happy with it,” she made this known in a media interview after the hearing on Tuesday, June 14.

The Supreme Court earlier in the day in a unanimous 9-0 decision affirmed its April 13 decision that granted an injunction against the embattled MP.

The court on April 13 restrained Mr. Quayson from holding himself as a Member of Parliament for the constituency.

This was a majority 5-2 decision. Justices Jones Dotse, Mariama Owusu, Gertrude Torkonoo, Prof Mensah Bonsu and Emmanuel Y. Kulendi formed the 5 while Justices Agnes Dordzie and Nene Amegatcher took the view that the MP should not be restrained.

A Cape Coast High Court in July 2021 nullified the election of Mr Quayson after it found he owed allegiance to Canada at the time of filing his nomination forms to contest the polls.

Michael Ankomah Nimfah, a resident of the constituency who filed this election petition in January 2022, initiated another action at the Supreme Court.

He urged the Court to give effect to the Cape Coast High Court judgement and prevent a further breach of the constitution by restraining the MP.

On Wednesday, April 13, the Court said Mr. Quayson should no longer hold himself as MP or present himself in Parliament. Lawyers for Mr. Quayson then filed for a review of the decision.