West Hills Mall is dying, and the churches are waiting - MyJoyOnline.com

West Hills Mall is dying, and the churches are waiting 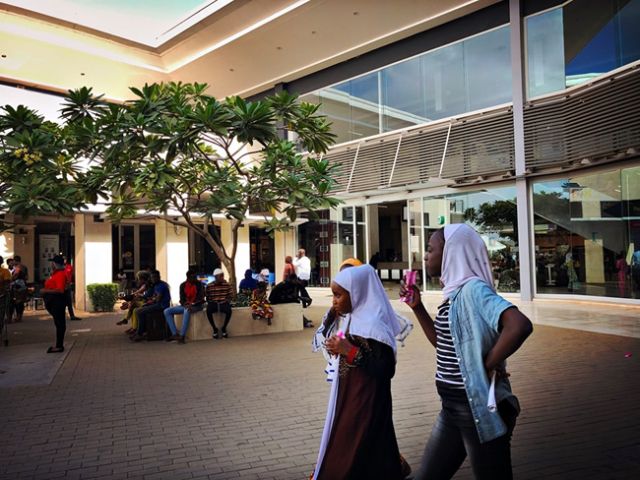 When the mall was opened on 30th October 2014, it quickly became known as the biggest fashion mall in West Africa.

Today, many of the original shops have all disappeared and right now five more are clearing out their stock. They’re leaving too.

Some argue that the location of the mall has been its Achilles heel but that argument holds true if you’re only considering Ghana’s upper middle class as the only consumers worth targeting.

And unfortunately, the majority of the stores did set up targeting Ghana’s tiny pool of middle to upper-middle class.

The West Hills mall lies in a peri-urban enclave, and at its opening became known for the elevator excursions and other sight-seeing opportunities it offered the local populace, majority of whom would have to save for a year before they could afford some of the clothes on display.

Even today, it is not uncommon to see people dress up in their best clothes during holidays, and coming for elevator rides, selfie competitions, and then showing off their yellow and red bags after they buy ice-cream, cheap cookies, soft drinks or water from Shoprite.

Schools, church groups and other associations regularly bus themselves from parts of the Greater Accra, Central and Western regions to go and tour the mall.

In a country where churches seem to do better than businesses, churches have already started sharing the cinema halls at the mall.

Gradually, they will take over the mall by collecting the one cedi, five cedis, ten cedis offerings of their poor congregations, the very money the big shops looked down upon when they set up at the West Hills Mall.

Whereas you need about ¢50 to gain access to see a movie, the churches give you free entry, a one cedi offering is acceptable, and the service with their singing, dancing, rolling on the floor, prophecies and exorcism, are probably just as entertaining as seeing Goodluck Joe or Simba.

The West Hills Mall is dying. The economy is suffocating. The spending power of the people is weak, but not to the extent where they can’t find ¢5 to give to God, believing the promise of 24 hour miracles.