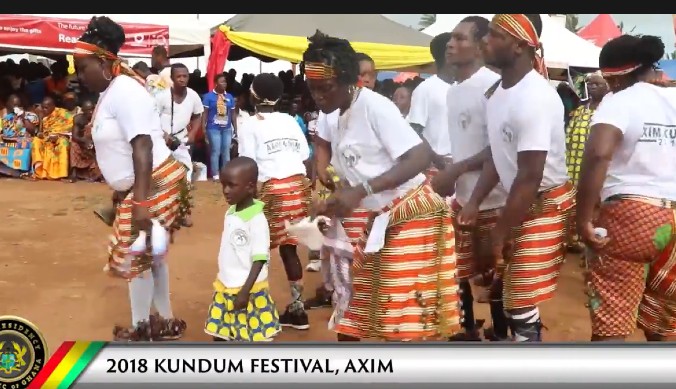 The Planning Committee for the annual Kundum Festival has denied receiving GH¢200,000 from the Ministry of Tourism Arts and Culture for the 2018 event.

In a press release dated Agust 19, the Committee revealed that in 2018, the Tourism Ministry officially donated GH¢7,000 to be shared between Axim’s two traditional leaders (Upper and Lower) during the celebrations.

“In 2019, Catherine Afeku, who was the MP for the Constituency, also gave the Committee an amount of GH¢5000 to aid in the organisation,” they added.

However, “no funds were received from either the Ministry of Tourism and Creative Arts or Hon Catherine Afeku’s office to assist with the aftermath of any of our Kundum Festival projects, including the Theatre Project,” parts of the press statement read.

The team wrote that they have no knowledge about the amount cited in the Auditor General’s report as expenditure on the Kundum Festival.

This comes after the Auditor-General revealed that funds meant for the Marine Drive Project were misapplied by the Ministry of Tourism, Arts and Culture under the leadership of Catherine Afeku.

The amount, GH¢387,196, was used to celebrate the 2018 All Africa Music Awards (AFRIMA), Kundum Festival, the Minister’s trip to Volta and Western regions, and other activities.

However, the Festival’s Planning Committee is insisting that the attention should be directed to the former Minister and MP, Catherine Afeku, for further clarification on how the money cited in the report was spent.

“The Committee, therefore, cautions the public and sympathizers of the two political parties in the Evalue Ajomoro Gwira Constituency not to bring the Planning and Organising Committee and any of its members, as well as the traditional leadership of Axim, into disrepute and public ridicule over the pending financial irregularities cited by the Auditor General regarding monies meant for Kundum Festival Celebration.”

DISCLAIMER: The Views, Comments, Opinions, Contributions and Statements made by Readers and Contributors on this platform do not necessarily represent the views or policy of Multimedia Group Limited.
Tags:
Axim
Catherine Afeku
Kundum Festival
Ministry of Tourism Arts and Culture