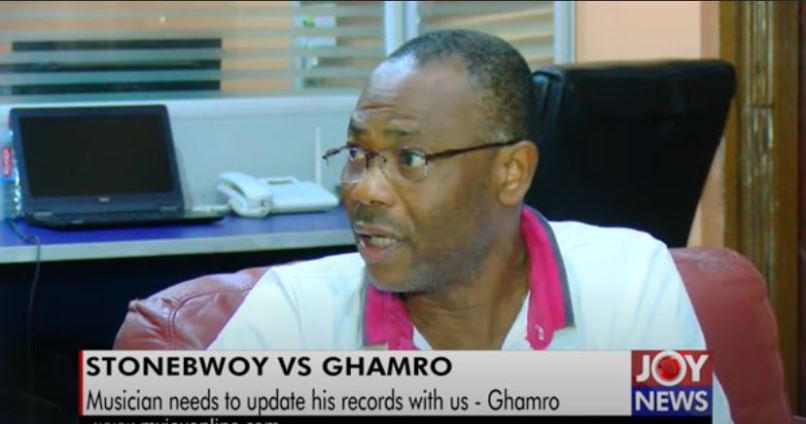 The Ghana Music Right Organisation (GHAMRO) CEO has confirmed to Joy Entertainment that the money due to reggae/dancehall musician Stonebwoy has not been fully paid.

Abraham Adjetey said that all statements from the Sobolo singer about his royalties are true, and the GHAMRO need to accept their mistake.

“Stonebwoy says we have given him two ¢2000, and our records show the same,” he said.

Explaining why that has been the only amount paid to the singer, he said when they took over the management of GHAMRO, they realised some of the artistes were not getting any money as royalties.

He said they deployed a system to pay money to some of the artistes even though they were not registered, but the artistes have failed to update GHAMRO with their new works.

Mr Adjetey believes, if those who benefit from the system tell their stories, “it will convince others to come to join, register and updates GHAMRO on their new works.

“The last time we met Stonebwoy was last year, he came here with the whole team and we told him to come with his updated records, so we will also update our books in terms of how much is owed you.

“As it is today, the updated records have been done about how much Stonebwoy has earned at GHAMRO.”

The GHAMRO CEO called on Stonebwoy to come for his money and provide updates on his new works.

The ‘Everlasting’ crooner Stonebwoy had told Andy Dosty on Daybreak Hitz that although he has sent his lawyer to GHAMRO for updates, nothing has been paid to him.

But Mr Adjetey said, “I have not met the said lawyer. The lawyer is a close friend, we have sat here, and we have had discussions.”