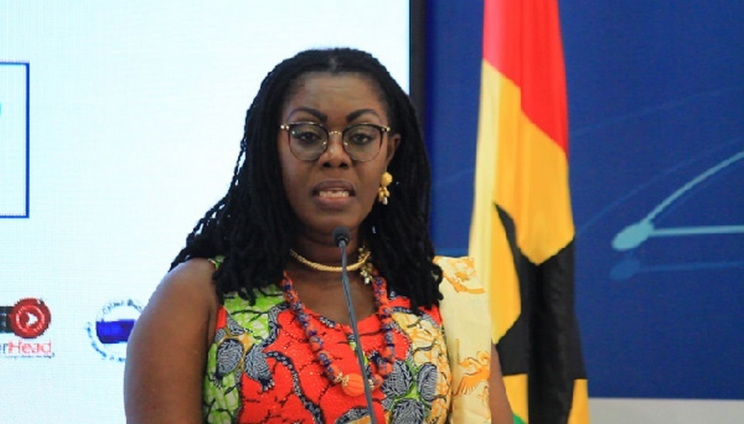 The Deputy Ranking Member on Parliament’s Communications Committee, Sam George Nartey, has described the Minister of Communications, Ursula Owusu-Ekuful as one who does not heed to sound advice.

According to him, the issues that have beset the SIM re-registration process since its inception is due to the failure of the Minister to consult and engage with all stakeholders in the industry.

Speaking on JoyNews’ PM Express, he noted that the Minister is “stuck in her ways. What she wants to do is what she’s going to do and that’s why you have this mess. No one person is a repository of knowledge and you need to listen and engage with the stakeholders, you need to engage with NIA.”

Thousands have been flocking NIA centres across the country hoping to either register for the Ghana card or deal with an identity management issue, however, the slow pace of the queues have left many unable to do so.

According to Sam George, had the Minister engaged the NIA to come out with a decisive solution such that the need for a Ghana card for the SIM re-registration would not unduly burden the Authority, the current backlog would not have been experienced.

“The NIA didn’t beg the Minister to use the Ghana card, they didn’t request it. She chose it. And then to turn around and play this kind of game is the problem. The Committee from Parliament has been trying to engage the Minister since October last year on this issue and she just won’t listen,” he said.

He stated that had the Minister left the implementation of the SIM re-registration exercise entirely in the hands of the National Communication Authority, most of these issues would have been avoided.