What we learned about the body in 2015 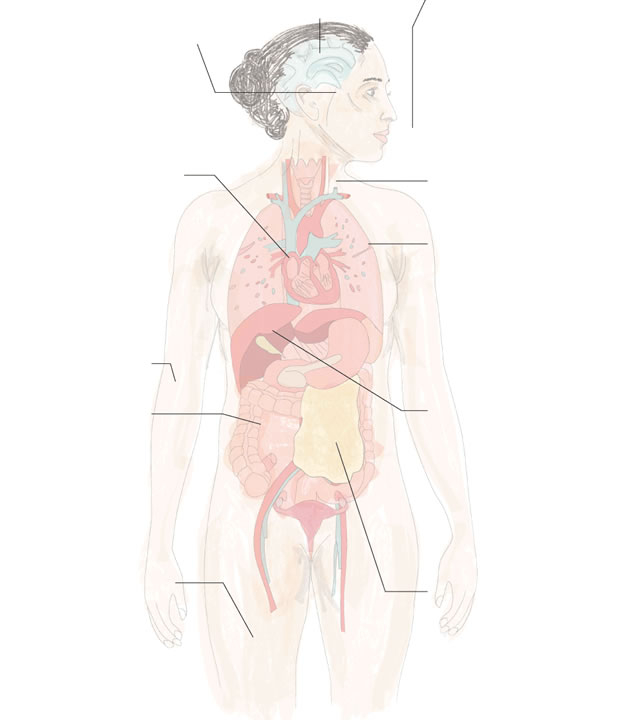 People who have been blind since birth due to genetic conditions were able to sense light or even have near-normal levels of sight after being injected with a benign virus that carries “good” copies of a malformed gene into a subject’s retina. “The promise of gene therapy is that a very simple procedure — an injection that takes seconds — has the potential to restore vision for a lifetime,” said Joe Balintfy, a spokesman with the National Institutes of Health. READ MORE

Too much time away from the pull of earth’s gravity may make it harder for you to do simple tasks. A study of NASA astronauts who spent six months aboard the International Space Station found they had more difficulty doing things that required spacial reasoning and motor skills, like navigating an obstacle course, after their time in a microgravity environment. READ MORE.

People with schizophrenia tend to have higher levels of certain throat and mouth bacteria than people who do not live with the mental illness, according to pair of studies that include research from scientists at the Johns Hopkins School of Medicine. The findings could provide doctors a new way to diagnose the schizophrenia and potentially make for a test that’s as simple as swapping a patient’s mouth. READ MORE.

You Can 3-D Print Your Way To

A Revolutionary Heart Implant That

Scientists have found a way to 3-D print human cartilage to ensure a perfect size and shape when replacing or repairing a human trachea. Doctors can even computer model a patient’s windpipe to make sure they print a repair piece that’s the perfect size and shape, thus reducing the guesswork — and the potential amount of time a patient remains anesthetized on the table. READ MORE.

In April, a man in Minneapolis with a diseased mitral valve (in the heart) received a catheter-based implant which can now be inserted without a large chest incision or the need to stop a beating heart — two things that can be traumatic and dangerous for weaker patients. READ MORE.

High-Risk Patients Can Now Get Lung

More women than ever (11.6 percent in 2013, up from 6 percent in 2010) before are using long-acting reversible contraceptives, like IUDs and hormonal implants in the arm. Dr. Hal C. Lawrence, CEO of the American College of Obstetricians and Gynecologists says its no surprise, as the methods are “virtually foolproof.” READ MORE.

Lung cancer CT screening, a low-radiation x-ray, is the only screening tool that reduces lung cancer deaths. The high risk people who need it the most have more access than ever before, as the Centers of Medicare and Medicaid finalized plans to cover it in February. READ MORE.

Your Guts Affect How You Fee

We’ve had blockbuster drugs that can cure Hepatitis C (the virus that causes liver damage) since 2013, but this is the first year that access to the lifesaving medication is widespread. Medicare spent $9.2 billion on drugs for Hepatitis C (almost twice what they did last year), and federal officials sent a letter to Medicaid directors in every state warning them against denying the drugs to sick people. READ MORE.

Insulin Shots Could Become A Thing

People who want to avoid dementia should fit in some squats alongside their Sudoku and crossword puzzle rituals: Maintaining strong legs through weight training or daily life activities is linked to 18 percent better memory and cognitive brain skills, as well as greater brain volume and fewer “empty spaces” throughout the brain. READ MORE.

A 43-year-old woman from San Antonio became the first ever type 1 diabetes patient to successfully wean herself off insulin injections, thanks to an infusion of insulin-producing islet cells. Doctors hope this will be the first step toward a cure for the disease. READ MORE.

We Can Treat Prostate Cancer With

The FDA just approved use of the robotic high intensity focused ultrasound — a non-invasive technique that destroys prostate tumors without requiring doctors to remove the whole gland or use harmful radiation. Recovery time is so short that the first-ever patient went on a business trip less than a week later. READ MORE