Whatever be the case Volta secessionists would not succeed – Akufo-Addo 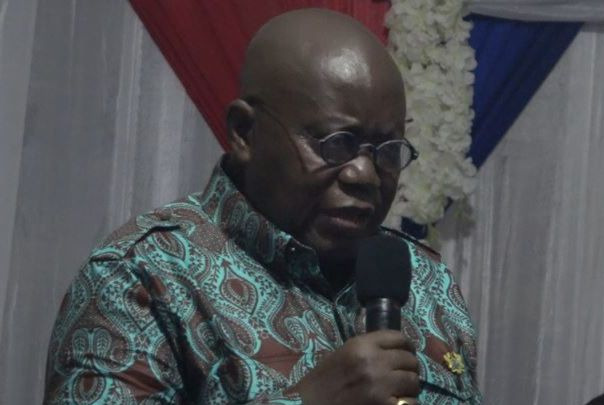 President Nana Akufo-Addo has affirmed his commitment to ensuring that the Volta secessionists would not succeed in seceding portions of Ghana’s Eastern territories.

Addressing the people and traditional rulers of the Ketu North District, he said, “Ghanaians will be very reassured to hear such strong words coming from responsible traditional rulers in this part of Ghana about the attitude of the secessionist.

“I extremely exhort and very comforted by the very firm words that you spoke about those who are attempting to cause problems and instability in our country,” he said.

President Akufo-Addo also used the opportunity to introduce the NPP’s parliamentary candidate of the district and pleaded for support in the December general elections.

“I am hoping very strongly that the time is now come for the people of Ketu North, your own son, to be sent to Parliament as MP for Ketu North.

“As a member of government, his contributions to the work of the parliament is excellent but I can imagine how much more contribution he can make to the development of Dzodze and Ketu North if was considered your MP,” the President said.

“I ask for your help and support to bring him to parliament, a very good material and Parliament will benefit from his presence there,” he added.

He also thanked the traditional rulers for receiving him and appealed to them to do their bid in ensuring victory for the NPP on December 7.

“I had to say, am very encouraged by your support for my second term, four more for Nana”.

“I know the constitution says that you are not to wear a party jersey but you also vote so you know what you can do to help,” he said.

DISCLAIMER: The Views, Comments, Opinions, Contributions and Statements made by Readers and Contributors on this platform do not necessarily represent the views or policy of Multimedia Group Limited.
Tags:
Election 2020
Ketu North District
Volta Secessionists