Whatever storm it is, we will weather it – Haruna speaks on internal wranglings among Minority MPs 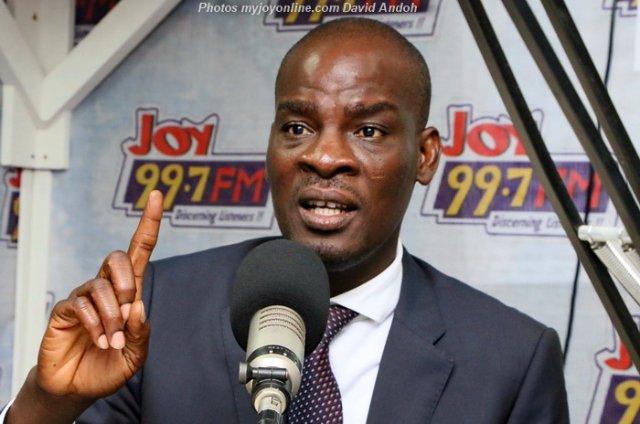 Minority Leader Haruna Iddrisu says the leadership of the National Democratic Congress (NDC) will ensure that all substantial issues raging in the party are resolved.

Despite criticism following the approval of President Akufo-Addo’s ministerial nominees, the Minority Leader assured its party supporters that the NDC Caucus remains committed to holding the incumbent government accountable.

According to him, “…the party is focused to work towards capturing power in the 2024 elections, hence the parliamentary organ led by me currently will do what is needful to work in tandem with the party and hold the Akufo-Addo’s government accountable and to lead the party to victory in 2024″.

His comment comes after tensions within the party reignited following Samuel Okudzeto Ablakwa resignation over some controversy in the approval of the ministers.

JoyNews/AdomNews · Whatever storm it is, we’ll weather it, Haruna speaks on internal wranglings

Other members of the opposition party have also expressed their unhappiness with the leaders of the party after the approval of Akufo-Addo’s ministerial nominees.

Before Mr Ablakwa’s resignation, the party’s communications officer, Sammy Gyamfi in an article on Facebook accused Speaker Alban Bagbin, Minority Leader Haruna Iddrisu and Chief Whip Muntaka Mubarak of serving their own interest against the interest of the party.

Nonetheless, the Tamale South Lawmaker hinted that the leadership of the NDC is in control of all activities of its members and will see to it that peace prevails.

He further noted that the current wrangling in the party will not affect the parties effort to defeat the NPP in the next general elections.

In his view no matter what happens, the NDC leadership, “led the party to victory in 2024, whatever storm it is, we’ll weather it.”

DISCLAIMER: The Views, Comments, Opinions, Contributions and Statements made by Readers and Contributors on this platform do not necessarily represent the views or policy of Multimedia Group Limited.
Tags:
Appointments Committee
Haruna Iddrisu
NDC