When should you give someone a second chance in a relationship?

When someone who’s hurt you wants to come back into your life, deciding what to do next isn’t easy.

Should you give them a second chance or not? If you still have feelings for them, giving it another go may seem worth it. Sometimes people will make the most out of a second chance and end up staying together. But the reality is, it’s never guaranteed. According to experts, there are situations where giving someone a second chance may not turn out the way you want.

“Whether I’m talking to a divorced mom of two or a single twenty-something, the looming ‘Should I get back together with my ex?’ question crops up over and over again,” Kari Tumminia, international dating and relationship coach, tells Bustle. “Along with that comes all of the potential reasons a person may use to justify the backwards move.”

Everyone’s situation is different, and some people can make a second chance at love work. But according to Tumminia, going backwards isn’t usually a good idea. More often than not, people go back to exes for all the wrong reasons. “I find the idea isn’t rooted in well-adjusted behaviour and awareness; rather, it’s rooted in fear and nostalgia,” she says.

So if you’re giving someone a second chance for any of the following reasons, experts say it may not last.

1. You’re motivated by fear that you’ll never meet anyone else 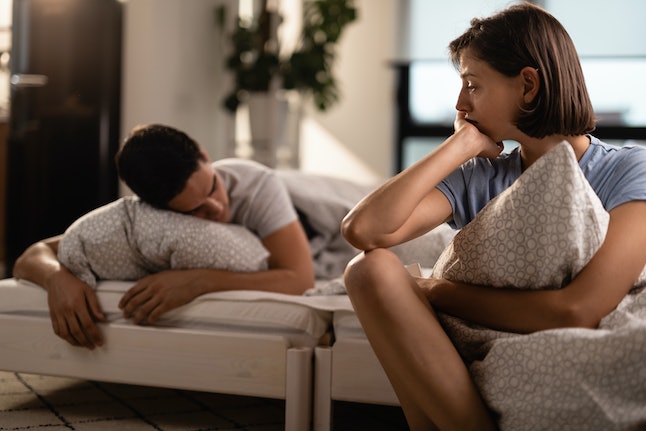 “Fear as a motivation for getting back together with an ex is incredibly common,” Tumminia says. “The fear of ending up alone is often deep, but also powerful. I find that this fear crops up in times where a person is feeling particularly alone, frustrated with dating, or when emotions (and hormones) are running high.” If you’ve tried to move on by dating other people but nothing’s panned out, it can make you a little anxious for the future. But this is never a good reason to get back together with someone. Settling for someone who’s wrong for you is only going to keep you from finding the one who’s right for you. “If you only find yourself considering your ex in times of crisis, it’s probably a better idea to check your fear and not go running back,” Tunninua says. “This too shall pass, as they say.”

When you see something that reminds you of an ex, it’s easy to fall into the nostalgia trap. According to Tumminia, nostalgia triggers the release of feel-good chemicals in the brain, like dopamine, and stimulates the brain’s pleasure circuit. “Suddenly all of the misalignments and perfectly valid reasons it didn’t work out with your ex fade into the background, and they’re replaced with memories of everything you miss,” she says. But that doesn’t mean you should call them or see if they’re interested in starting things up again. It’s OK to think about the past every now and then. But it’s important to remind yourself of why things didn’t work out the first time around. If it really wasn’t a good fit, giving it another chance likely isn’t going to change that. 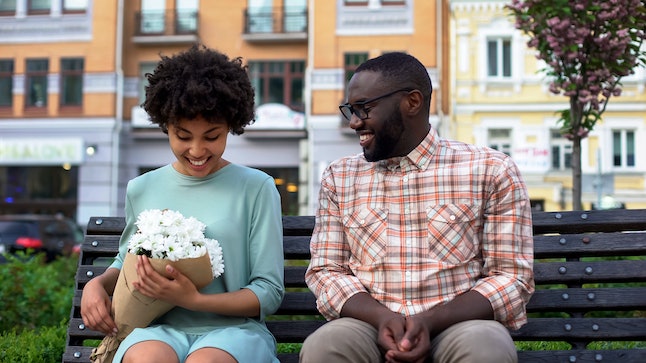 “When one, or both people from an old relationship get caught up in nostalgic thinking or fear, it’s so easy to start making claims and promises about how everything will be different this time around,” Tumminia says. To be fair, some people really do change. But hearing them say it once or twice is not the same as actually witnessing those differences over time. While someone telling you that they’ve changed is promising, that alone isn’t a good enough reason to give it another chance. That’s especially true if you recently ended things. “Long-term, established behaviour is the only way to measure how much a person has truly grown and evolved,” Tumminia says. “And even then, it still may not be the best decision for you to get back together.”

Sometimes people will consider giving someone a second chance because their friends or parents always liked them. They may even encourage you to give it try and work things out. But as relationship expert and spiritual counsellor Davida Rappaport, tells Bustle, “If you don’t want to give someone a second chance, don’t. If you talk yourself into it, you’re trying to convince yourself that you should when your instincts, emotions and gut, tell you no.” You can always take what your loved ones say into consideration. But just remember that it’s your life and your decisions. So trust your gut. “Sometimes logic isn’t the right way to go, nor is making other people happy,” Rappaport says. “Pay attention to your body signals and do what you feel is the right thing for you.” 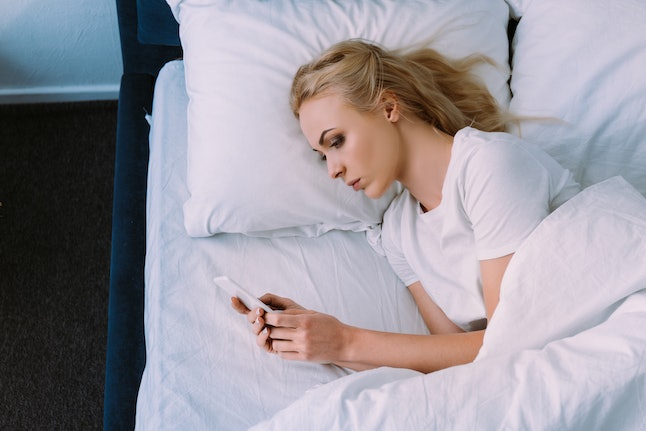 “This one happens all the time,” Susan Trombetti, matchmaker and CEO of Exclusive Matchmaking, tells Bustle. “People go back to the wrong person because they find themselves lonely and want the comfort of ‘having someone.'” Loneliness really is the worst and it can cause you to reach out to an ex, even one that hurt you. But feeling lonely is similar to being fearful of the future and being nostalgic about the past. “The same problems will end up arising and you may just end up unhappy all over again,” Trombetti says. “Wait for the right one.”

6. You don’t want to see them with anyone else

It’s hard to watch someone you loved move on to someone else. When this happens, it can make you want to talk or start things up again because you don’t want to see them with anyone else. But as Michelle Henderson, a licensed mental health counsellor who specialises in relationships, tells Bustle, “Remember that the relationship didn’t work out for a reason. Even though it stings seeing them with another person, someday you will find someone who will make you happier than they did.” It’s normal to be jealous. But it won’t change the fact that you broke up for a reason.

7. You still love them

Loving someone does not mean you should be with them or give them a second chance. As Rappaport says, “Love alone does not indicate that things will be different, especially if your relationship was unhealthy.” If your partner never worked on the relationship, was abusive in any way, cheated on you, or didn’t love you the way you deserved, still having feelings for them isn’t going to change anything. Unless they did some serious work on themselves, like go to therapy, there’s a good chance that old patterns are going to keep repeating.

So these are some bad reasons to let someone back into your life. If you’ve seen some noticeable positive changes in your ex, giving them a second chance may be worth it. Other than that, you risk falling into the same patterns as before and that’s just not worth it.