When the stars in the game sue GHAMRO, the industry will be better – Abiana 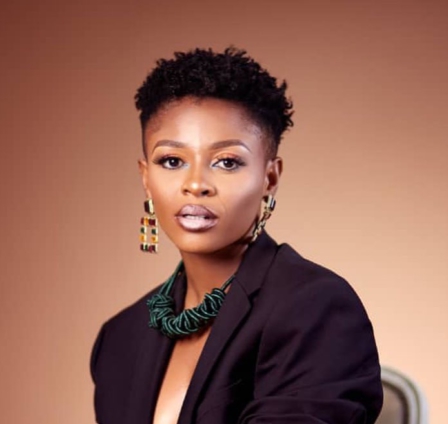 She said musicians who are members of the organization including her are not being paid for the music they produce.

In a conversation with KMJ on Prime Morning on Monday, the ‘Aduŋ Lei’ hit maker stated that GHAMRO is ineffective and inefficient in the performance of its duties to improve the industry.

“We can talk and talk and talk until one person sues them. If the big stars in the game talk about it boldly and they sue, I think it will become better. The impact work will get better,” she said.

According to her, it has been three years since she registered with GHAMRO, but she is yet to receive royalties from the songs she has produced so far.

“I’ve registered with GHAMRO. It’s been three years, but they’ve not given me anything. So I’m yet to enquire,” she stated.

The GHAMRO was established under section 49 of the Copyright Law, Act 690 of 2005 and regulated under L.I. 1962 of 2010 to collect and distribute royalties on behalf of authors/composers and other right owners.

Meanwhile, speaking on criticisms about her sounding Nigerian, the Soul-life singer believes it is an advantage for breaking into the Nigerian market.

“Nigeria is the biggest country in Africa. So if they’re the largest and they say I’m sounding like a Nigerian, that means hopefully I may penetrate the Nigerian market and I might do well. Maybe it’s a plus,” she said.

She entreated all artistes to work with music directors who really understand and know the rudiment of music in the establishment of their music career adding that music is spiritual and requires physical materials to be better.

She believes knowing how to play an instrument has helped in her songwriting and live performances.

Abiana is out with a new song, ‘Shika’ (Money) which she says is an inspiration from financing her song productions and music videos by herself.

DISCLAIMER: The Views, Comments, Opinions, Contributions and Statements made by Readers and Contributors on this platform do not necessarily represent the views or policy of Multimedia Group Limited.
Tags:
Abiana
GHAMRO
Royalties
royalties in Ghana