Where is hot in February? The 10 best holiday destinations

February can be as bleak a concept as January in terms of the European weather. But with school half-term holidays falling in the middle of the month, parents have the opportunity to whisk their children to a destination where the sun shines in earnest.

This may cause crowded beaches in popular places, but with the Caribbean at its hottest and driest, there is plenty of time for travellers without offspring to find their own escape zone.

The twin-island nation on the opposite side of the planet is rarely an obvious choice for travellers in search of sunshine – but there is much to be said for a tour of New Zealand as February clicks into gear. This is the last month of pure summer in this portion of the Southern Hemisphere (the equivalent of August in Europe) – and if autumn is just starting to flicker upon the trees of the South Island, this only adds to the romance of a road trip.

Florida’s most party-centric city never needs an excuse to stay out late, and the bars and restaurants of South Beach will be in full swing if you choose to visit in February. However, the advantage of the second month of the year is that while the Spring Break rush – which turns the metropolis into one giant mass of whooping college students – is yet to materialise, the temperature gauge is still nicely slotted into the Twenties Celsius. 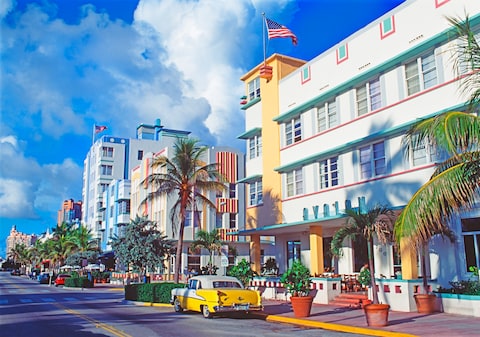 Miami will be in full swing if you choose to visit in February CREDIT: MITCHELL FUNK

There aren’t many European hot spots in February, but Spain’s most southerly province is a decent bet. Head there at the end of February and 20C days are possible. Annie Bennett, our expert to the region, suggests exploring the Costa Tropical, in the province of Granada, a coastline of coves and Moorish watchtowers. “A quirk of climate means that dense groves of mangos, avocados, custard apples, bananas and other exotic crops flank the Mediterranean,” she writes. “The protection of the Sierra Nevada and the warm winds blowing over from north Africa create a subtropical microclimate with 320 days of sunshine a year and mild temperatures even in winter.”

The city of Jerez is another good bet. Its flamenco festival kicks off on February 22. 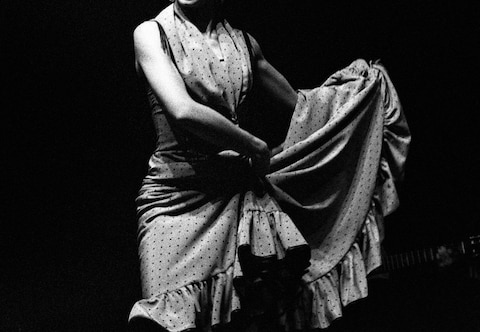 St Lucia is one of the Caribbean’s most coveted destinations – and with good reason. Its west coast is home to some of the planet’s loveliest beaches, including the golden strip of Anse Chastanet – while the twin volcanic bluffs of Gros and Petit Piton offer hiking and climbing challenges, as well as wonderful photos. All of this is served up in temperatures which cling to the upper twenties Celsius, not least in the dry season of December-May. 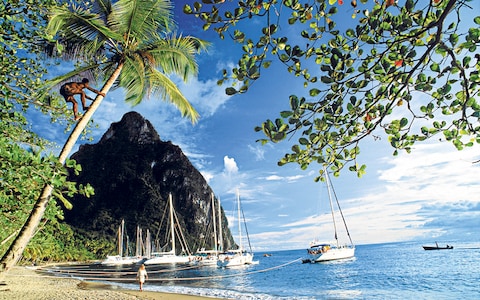 Along with its smaller companion Nevis, St Kitts is a Caribbean “Little and Large” act. The bigger island has an intriguing south-coast capital in Basseterre, and a sandy crescent on its southern tip in the form of Turtle Beach. Its friend across the tiny channel of The Narrows is just as enticing, its charm visible on Nisbet and Oualie Beaches. Both isles are quiet outcrops that do not rouse themselves to wild nightlife – and are all the better for it. 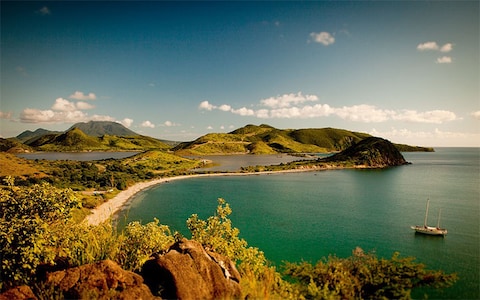 St Kitts has an intriguing south-coast capital in Basseterre, and a sandy crescent on its southern tip in the form of Turtle Beach

There can be no doubt that America’s mid-Pacific archipelago requires quite a journey from the UK, and an 11-hour slug of jetlag once you arrive. But there are few better cures for such time difference than the soft sands of Waikiki Beach – the sunshine strip which adorns the southern edge of the state capital Honolulu, on Oahu. And the sight of the volcanic titans Kilauea and Mauna Loa, on the “Big Island”, is sure to awaken the senses. 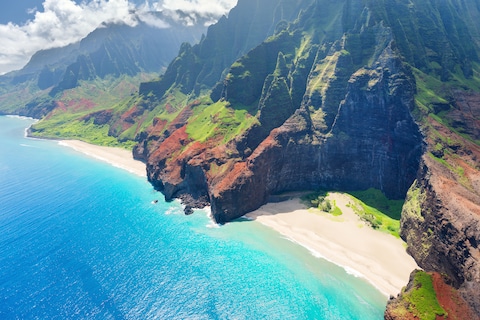 Neither as grandstanding as Dubai, nor as grand as Abu Dhabi (whose long-in-percolation outpost of the Louvre opened last year, while the Guggenheim has yet to be unveiled), Oman is the calmer cousin of the Arabian Peninsula. But it should not be underestimated as a possibility for winter sun. Both Zighy Bay and Sur are alluring places for beach escapes; Muscat is a city of underappreciated culture and sophistication. 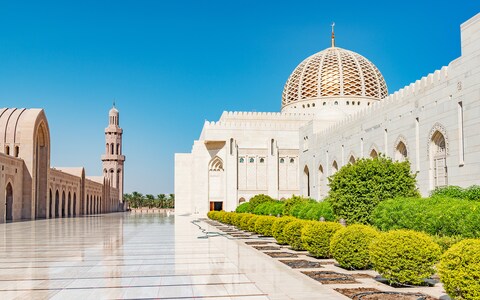 Let us deal in statistics. Some 1,192 islets and coral outcrops – stretched across 26 atolls and 35,000 square miles of water – make up this archipelago nation in the Indian Ocean. Very few of these soft shards veer away from the template – golden sands, swaying palm trees, azure shallows. If you want variety of terrain, do not visit the Maldives. If you want temperatures in the thirties Celsius and unrestrained beach luxury, you have chosen well. 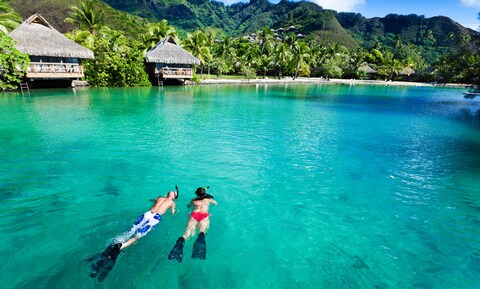 The Maldives is hard to beat in February

This feted slice of sand and sunshine is a continental junction box – officially African in that it is part of Tanzania, seductively Middle Eastern in the mercantile heritage of Stone Town (which was once the capital of Oman), temptingly tropical in the way the Indian Ocean laps at its sides. Of course, this clash of cultures only makes Zanzibar more exotic – and the weather is largely reliable, flirting with the thirties Celsius as February dawns. 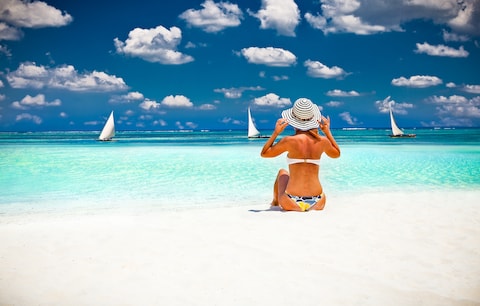 The sand and sunshine of Zanzibar CREDIT: ALEKSANDAR TODOROVIC – FOTOLIA

The world’s third largest island is a natural haven, and so big that it is split between three countries. Indonesia and Brunei have their share of the landmass, but it is the Malaysian portion of Borneo that is of most interest to visitors – whether they take in Kuching (the capital of the state of Sarawak), hike up Mount Kinabalu in Sabah, or opt to doze on the beaches which fringe the west coast – or in the rainforest lodges cossetted in the interior.