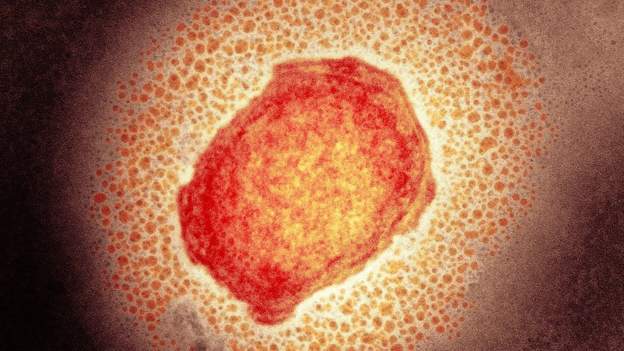 The World Health Organization announced Tuesday that it will rename the monkeypox virus, which has infected more than 1,600 people in 39 countries this year, after a group of scientists voiced concerns that the name could be stigmatising.

“WHO is also working with partners and experts from around the world on changing the name of monkeypox virus, its clades and the disease it causes,” World Health Organization Director-General Tedros Adhanom Ghebreyesus said at a press briefing on Tuesday. “We will make an announcement about the new names as soon as possible.”

The announcement comes after a group of more than 30 international scientists urged the health community to change the name of the virus last week.

“The prevailing perception in the international media and scientific literature is that MPXV is endemic in people in some African countries. However, it is well established that nearly all MPXV outbreaks in Africa prior to the 2022 outbreak, have been the result of spillover from animals to humans and only rarely have there been reports of sustained human-to-human transmissions,” the scientists wrote on June 10.

“In the context of the current global outbreak, continued reference to, and nomenclature of this virus being African is not only inaccurate but is also discriminatory and stigmatizing.”

The WHO lists two known clades of monkeypox on its website, “one identified in West Africa (WA) and one in the Congo Basin (CB) region.”

The group of scientists wrote that using this nomenclature is “counter to the best practice of avoiding geographic locations in the nomenclature of diseases and disease groups.”

According to the CDC, scientists first found monkeypox during two outbreaks of a pox-like disease in monkeys at a research facility in Denmark in 1958. The first human case was found in the Democratic Republic of the Congo in 1970.

The biggest current outbreak is in the United Kingdom, where health officials have detected 470 cases.

Human-to-human transmission of the virus occurs primarily through direct contact with infected people or surfaces that are contaminated.

Ghebreyesus also said that the WHO will convene an emergency meeting next week to determine whether the spread of monkeypox should be considered a public health emergency worldwide.

“The outbreak of monkeypox is unusual and concerning,” Ghebreyesus said Tuesday. “For that reason, I have decided to convene the emergency committee under the international health regulations next week to assess whether this outbreak represents a public health emergency of international concern.”

The CDC has reported 65 monkeypox cases in the U.S., including 15 in California and 11 in New York.

Monkeypox has similar symptoms to smallpox, but is milder. Infected individuals typically develop flu-like symptoms followed by a rash that turns into lesions.

The WHO has had a troubled run in recent years, facing accusations that it failed to keep China transparent as the COVID pandemic swept from Wuhan to the world, and then accusations that it skipped over the Greek letter Xi when naming variants of the virus to avoid offending China’s communist leader, President Xi Jinping.